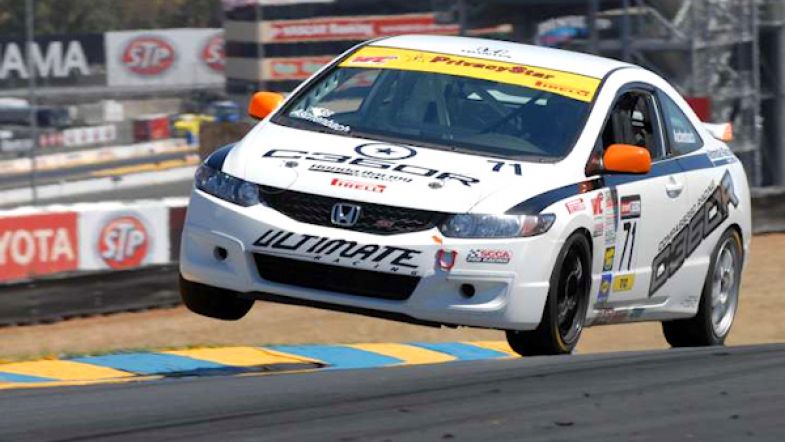 The 27-year-old from Darnestown, Maryland led the race from the lights to the chequered flag in the touring class in his Honda Civic Si, though he was challenged at the start by the K-PAX Volvo of title rival Povoledo, the Canadian driver’s C30 spluttered to a halt on lap three.

“The minute Povoledo fell out, it was pretty much points, take care of the car, and keep it on the track. Fortunately, this track suits the Civic very well. Hats off to the Compass360 guys and Honda HPD for making it happen. It was a great car and a great track for us, and we’re really happy to take the win.”

Aschenbach has also earned the pole for the second race on Sunday with the fastest lap in the first race, and will start just ahead of Povoledo’s Volvo again with Herbert starting third.