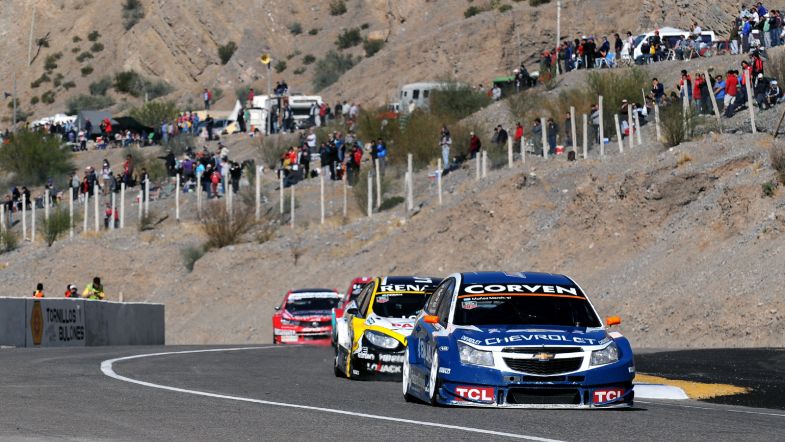 Matías Muñoz Marchesi claimed his first ever Super TC2000 victory at San Juan in a controversial finish where the gap to Leonel Pernia in second place was 0.000 seconds.

The time keeping officials were consulted after the race and Renault LoJack Team driver Pernia was judged to have passed the finishing line slightly ahead of Marchesi.

But Marchesi was awarded the victory as the stewards judged Pernia to have given the Chevrolet YPS driver a nudge in the final corner, thus creating an unfair advantage.

The victory is Marchesi’s first ever in a race weekend final race, moving him to 12th position in the championship.

Championship leader Nestor Girolami was involved in the top fight in the last couple of laps, after a safety car session as Vivian Franco struck the wall after a puncture. The Peugeot driver had to settle for third position though, but heads the points table by 23 points with three race weekends left of the season.

Chevrolet YPF driver Norberto Fontana, the main title rival to Girolami, had a tough race and finished in tenth position but remains in second position of the drivers’ championship ahead of Facundo Ardusso in third position a further ten points behind.