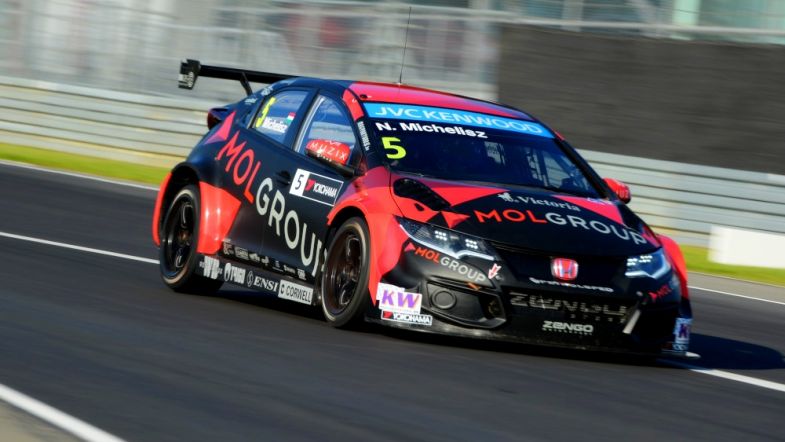 Hungaroring race winner Norbert Michelisz qualified in fourth position for the Nürburgring Nordschleife, the best placed of the Hondas and one of two non-Citroën equipped drivers to break up the French manufacturers at the front of the grid for the first race.

Along with Campos Racing’s Hugo Valente, Michelisz quickly emerged as the only other driver likely to stop the Citroëns in qualifying at the legendary 25km circuit, with the 30-year-old putting the Honda Civic WTCC fourth on his final run.

“It was better than I expected especially after free practice, (as then) I felt that I was starting to arrive at the limit but I was only tenth,” said Michelisz to TouringCarTimes. “I tried to get closer to the limit (in qualifying), and to be honest I could have been faster if there wasn’t a yellow flag.

“In general though, I’m a little bit disappointed, because you also have to see that we made improvements and we were closer than expected, but with the weight difference, we should have been much closer.”

Although the Honda Civics are fabled for their strengths at the starts of the races, the same can’t be said for the Zengő driver, who had had slower getaways than the factory Honda drivers in recent events.

“For the last two events, I haven’t been gaining any positions at the standing start, so I will go through the data to check if there is something to gain. For me, if there is something to be done, it will be in the first couple of corners, and after that I think we will be in trouble if we can’t make a gap before the long straight, so I will try to use a set-up suited for the straight to be able to attack and defend there.”