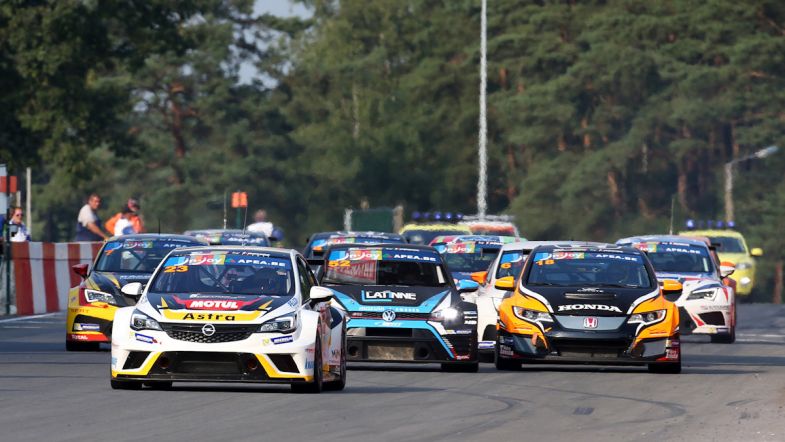 The TCR Benelux series has dropped the controversial fan vote system for its 2017 season, instead reverting to a traditional qualifying format and more track time in practice for its sophomore season.

The Belgian, Dutch and Luxembourg championship has already announced its calendar for 2017, with the season starting at Zolder in April, and finishing at Assen in October, again comprised of six events.

The series will retain its five race per weekend format, with the 60-minute long race, and the four 20-minute sprint races, but the grid for the long race will no longer be influenced by fan votes.

“We wanted to innovate, because social media has become important in modern communication, especially to the younger generation,” said promoter Marc van Dalen. “We will continue to use social media, but it will now support promotion and marketing and no longer be used to determine the starting grid. The qualification will now be 100% on pace, and only the fastest laps will make the difference for the grid.”

The fan vote system was tweaked after the first round, where the fast lap window was introduced at Zandvoort which saw the fan vote and the fastest laps count towards setting the grid for each qualifying race.

Looking to 2017, van Dalen believes there’s a strong future for the TCR Benelux series after early struggles for numbers.

“We would have preferred some more cars at the start seen during this first year,” he said. “We knew that part was not going to be easy, partly because there is no second-hand market yet for TCR cars. That shouldn’t be a problem though for 2017, also when you look at the introduction of new cars. This weekend here we have Peugeot, Audi and Kia – which shows that there is real interest from manufacturers for TCR.

“We are realistic though and will be happy if we can field 15 cars in the season.”