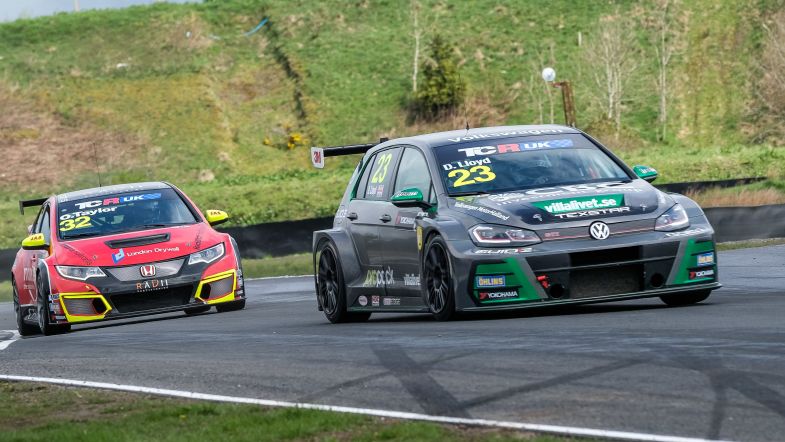 A procedural error was to blame for the raft of grid penalties given to four TCR UK drivers ahead of the opening race at Knockhill, it has been revealed.

Pole-sitter Dan Lloyd and WestCoast Racing team-mate Jessica Bäckman were penalised after it was adjudged that their Volkswagen Golf GTI TCR cars were underweight.

Aiden Moffat had temporarily inherited pole position from Lloyd, with the decision taken on Sunday morning. WestCoast appealed, stating that the car’s weight had met the minimum threshold.

TCR UK organisers weighed the cars again and found this to be correct, therefore reverting to the original grid.

“I was weighed in the car and we met the minimum weight,” Lloyd told TouringCarTimes.

“There was a bit of confusion round the paddock and something seemed to have changed overnight.

“We appealed straight away because we knew we were above the minimum weight. The stewards investigated it immediately and found that I was on weight.”

A TCR spokesperson said: “it was purely a procedural issue, not a technical one. The cars were weighed on Saturday evening and the scrutineers found four of them were underweight. The Clerk of the Course made the decision on Sunday morning.

“But due to the proximity of the race, it was decided that they would revert to the original grid.”

Lloyd went on to win the race comfortably from Ollie Taylor in the Pyro Motorsport Honda Civic.

Team-mate Bäckman finished seventh in the second WestCoast car behind Palmer Jr, while Kent’s race came to an end after crashing at McIntyres.