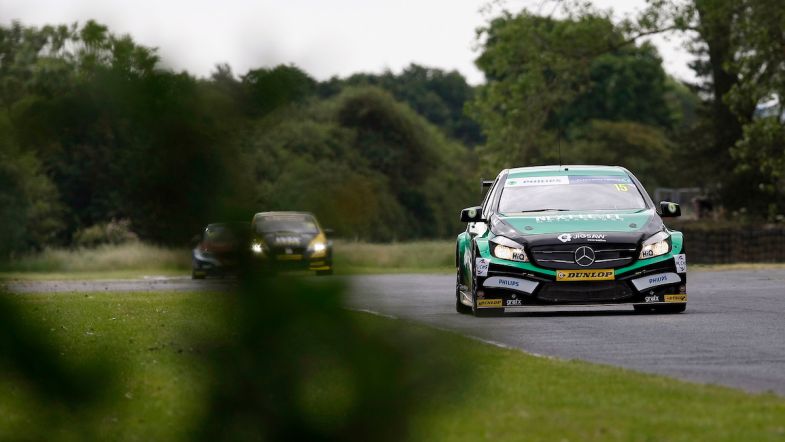 A total of five drivers were hit with penalties following the fifth meeting of the BTCC season at Croft, with two of those penalties impacting the result of the final race of the weekend.

Both Tom Oliphant and Ash Sutton had additional time added to their results as a result of incidents on track, with Oliphant the biggest loser after he was deemed to have gained an unfair advantage when cutting the Chicane.

Oliphant cut the corner whilst fighting with the MG of Rory Butcher and had 9.5 seconds added to his race time after an investigation to drop him behind the AmD driver, which meant he slipped from tenth place to 14th in the results.

Sutton meanwhile had one second added to his race time for a move on Andrew Jordan that dropped him behind the WSR driver from sixth to seventh.

There was no action taken over the incident that saw Sutton run through the gravel at turn one after a clash with Matt Neal, which was deemed to be a racing incident.

Although neither penalty was enough to see a strike added to the drivers tally, there were three strikes also handed out.

Matt Simpson was given a verbal warning for contact during Saturday’s qualifying session, with Josh Price given the same penalty for a clash with Aiden Moffat in race one.

Rory Butcher meanwhile picked up a reprimand and two penalty points for a clash with James Cole in race two.

At the half way stage of the season, Senna Proctor has the unwanted record of ‘leading’ the penalties having already been forced to take a grid drop for three strikes – with his next penalty enough to trigger a one race ban.

Mike Bushell, Jack Goff and Chris Smiley are the three drivers who are just one strike away from a grid drop going into the second half of the season.