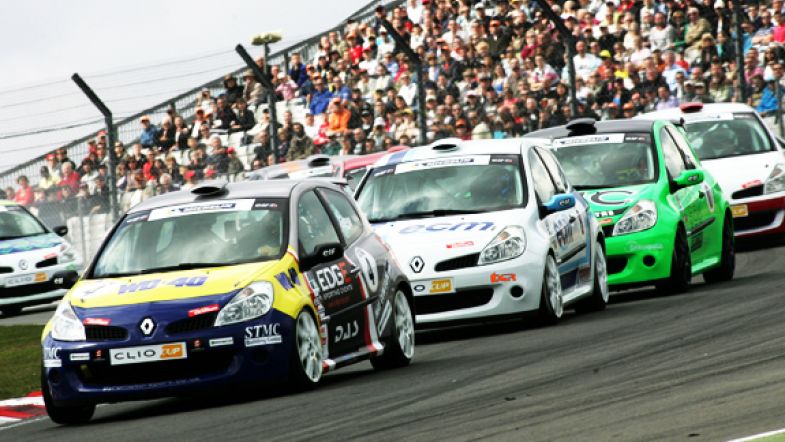 Renault Clio Cup Champion Phil Glew has been confirmed as racing for Triple 8 in this season’s BTCC and says he is “over the moon” at the chance. The announcement that the 26-year-old will race a Vauxhall Vectra follows a successful test with the team at Silverstone two weeks ago.

At the time of the test, Triple Eight boss Ian Harrison said that Glew had “made a good account of himself”, and now the Lincolnshire driver has the opportunity to do that across a full season of BTCC racing.

“I’m really pleased to have Phil on board the Vectra this season. Although he will be starting with very little preparation time, his track record in Clios will stand him in good stead,” said Harrison to the official BTCC website.

“I am over the moon to finally get my chance to move into the BTCC after such a successful season last year and especially with such a prestigious team as Triple Eight Race Engineering,” commented Glew.

“I tested for the team two weeks ago and was blown away by how professional they were and I knew straight away that this was the place for me. We had to work really hard since the test to put a deal together with the team and I am delighted that my current sponsors WD-40 and 3-IN-ONE as well as new sponsor, paint company Glasurit, will be supporting us for the 2010 BTCC season.”

The news means that Glew will be reunited with Clio Championship rival Alex MacDowall, who will race a Chevrolet Cruze for the Racing Silverline team alongside Jason Plato.

Glew took the Clio title comfortably last year, winning the Championship at Rockingham with a meeting to spare, by 116 points from nearest challenger MacDowall, while third placed driver Andrew Herron finished just one shy of 200 points in arrears. Indeed were it not for the Clio’s dropped score system, then Glew’s advantage would have been even greater.

By graduating to the BTCC, Glew follows in the footsteps of previous Clio Champions Jonathan Adam and Tom Onslow-Cole.

There’s no news yet on the identity of the driver for the second Vectra that Triple 8 have registered. Formula Renault Champion Dean Smith tested alongside Glew at Silverstone, but the single-seater ace has also been linked to campaigns in British Formula 3, Formula 2 and the new GP3 Series.