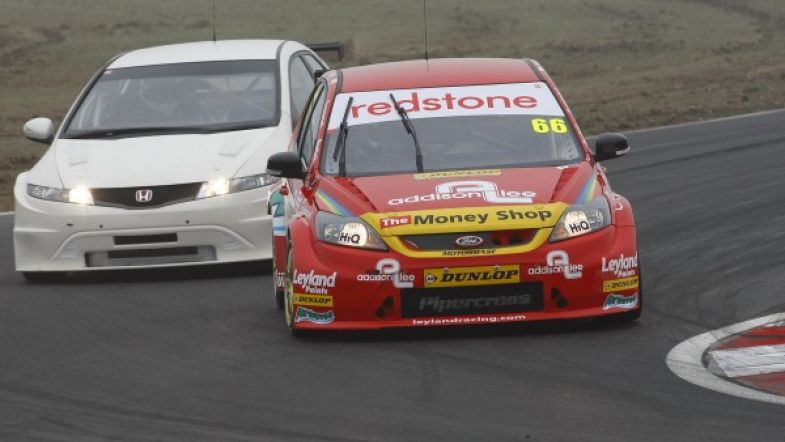 A record 27 cars have been confirmed for this year’s British Touring Car Championship at the media day, with five cars running to the new NGTC regulations, and 13 additional cars running with the new turbo engine.

Many of the drivers are as previously announced, with the official confirmation today that Andy Neate will be Tom Chilton’s team-mate at Arena Motorsport for the 2011 season, moving across from West Surrey Racing. Arena have three cars on the entry list, but the third driver is still to be confirmed.

The only other TBC on the entry list is the second NGTC Audi A4 of Rob Austin Racing.

13 of the Super 2000 cars will run with the new Next Generation Touring Car (NGTC) specification 2.0 litre turbocharged engine. Four of these engines are built by Swindon Racing Engines, two by Neil Brown Engines for the Honda Racing Team, two Lehmann engines for Special Tuning Racing and AmD Milltek Racing, and five Mountune-built engines for Motorbase and Arena’s Fords.

There’s only one BTC-specification (2001 regulations) car on the grid, and that’s the Central Group Racing Honda Integra of Lea Wood.

Eight cars will still run fully to the Super 2000 regulations which were added to the BTCC in 2004. Five of those cars are the Chevrolets of RML, Tech-Speed and Team ES Racing. The other three are the BMWs of Geoff Steel Racing and West Surrey Racing.

The five full NGTC cars are the two Toyota Avensis cars of Speedworks Motorsport and Dynojet Racing, and the two Audi A4s for Rob Austin Racing. Welch Motorsport will join later in the year with their Proton Gen-2.

Special Tuning Racing, despite previously indicating they could run up to four cars, have only entered one car for Tom Boardman. Similarly Bamboo Engineering, who had previously planned to run two cars, one of which was for Harry Vaulkhard are absent from the entry list.