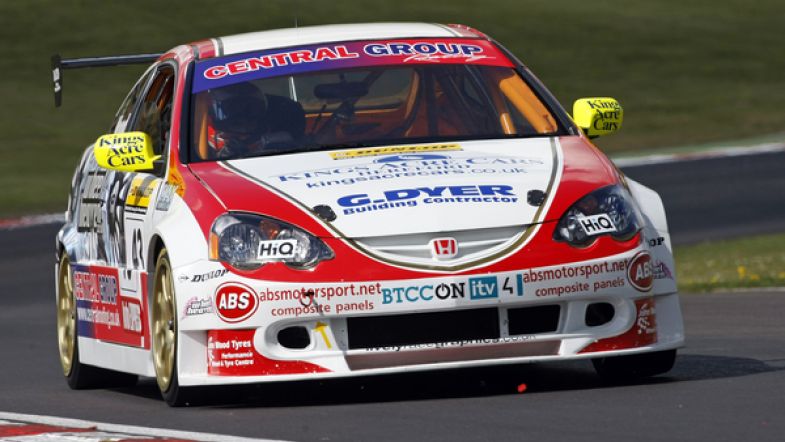 Sole BTC-spec runner Lea Wood will miss the opening rounds of the 2011 BTCC season, joining the Series from Oulton Park in June. Wood was in attendance at the BTCC Media Day, albeit without his Honda Integra, where he confirmed the news.

“It’s a bit of a shame really. We’ve been waiting on an engine to turn up. It is now ready but it was going to be a bit of a panic today to get it sorted, so we decided to not rush, get it all plumbed in, and from there and start from Oulton Park,” he told TouringCarTimes.

Wood, who made his BTCC debut at Brand Hatch in May 2010 though is working on joining the grid sooner, saying “Hopefully if something materialise we’ll be out at Thruxton and go from there.”

Missing potentially the opening three rounds is a blow, but by doing so the 26-year-old hopes to be able to complete in the remaining seven rounds.

“It is a disappointment but I want to be in it at the end of this season as well! Plus we have business commitments at the start of the year with change of premises, so it makes sense to miss the first couple of rounds.”

Heading into his second season of British Touring Car racing Wood is more confident compared on his position 12 months ago.

“You’re always a bit worried when you go into these new things and in at the deep end, but the second year is a lot easier

“We’ve got the experience now and we’ve been around the tracks, so hopefully we can mix it up a little bit with the older spec BTC car.”

Despite being the only remaining legacy of the BTC-era on the grid, Wood doesn’t foresee problems in having anyone to directly compete against in comparable machinery.

“It will be hard,” says Wood, “But we’ve got our own data from last year but we’re just going to give it a go and hopefully we’ll get a following from people because we’ve got the oldest car on the grid!”

As for the seasons aims for Wood and his Central Group Racing team, it is quite simply to finish races.

“Anything else is bonus,” says the Hereford racer. “We were chasing for that top ten spot last year but that is going to be difficult this year. We’ve got these new cars on the grid and everyone has problems with new cars. The worst thing for us is we’re missing the first couple of races when people will have these problems so we can’t capitalise on that a little bit.

“Last year was a superb year, just competing in the championship was brilliant and it’ll be the same again this year.”