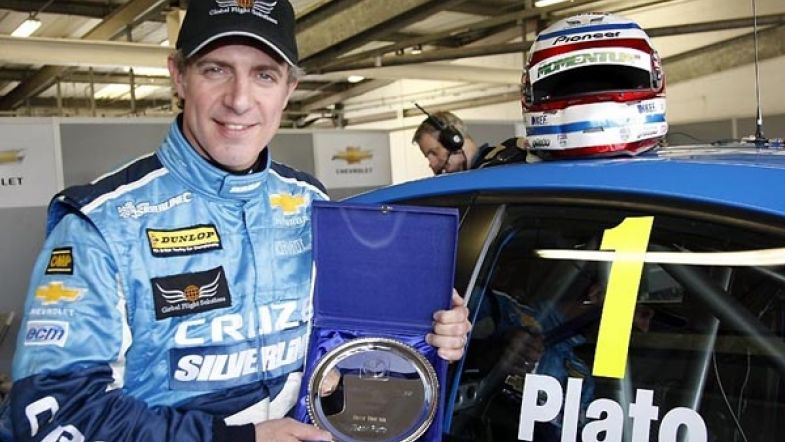 Reigning BTCC champion Jason Plato was voted the best touring car driver in the world in 2010 by readers of TouringCarTimes, and Chevrolet’s No.1 driver was delighted to collect his award at Silverstone last week.

The two-time champion went head to head with former BTCC arch-rival Yvan Muller in the vote, along with top Swede Robert Dahlgren and DTM star Paul Di Resta, to come out on top beating Yvan Muller by just 1% in the final reckoning.

Receiving his award during the test at Silverstone, Jason said:
“This is a really nice surprise, especially that it’s a vote, that makes it all the more special because it’s not just on lap times and all those techy boring things really, it’s about peoples feelings and that’s really nice, I’m quite touched with that.”

Robert Dahlgren, who beat the overall STCC champion Richard Goransson in the STCC heat picked up 10% of the vote.