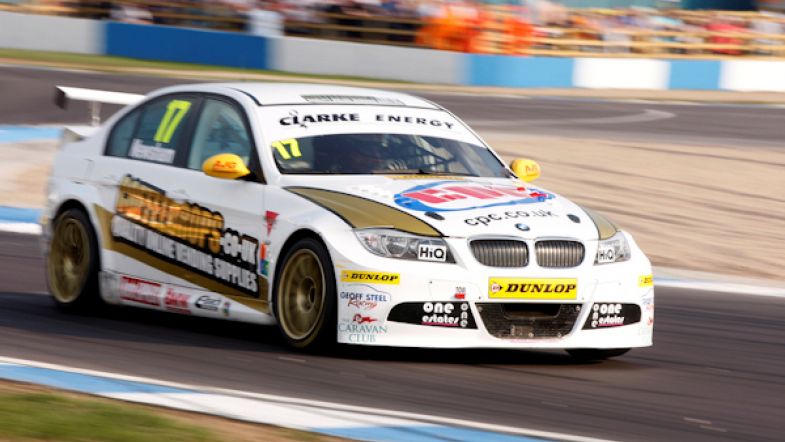 BTCC newcomer Dave Newsham will skip this weekend’s round at Thruxton, and will move across to SEAT team Special Tuning Racing for Rounds 10-12 at Oulton Park in June.

The reigning Renault Clio Cup UK champion picked up points on his season debut at Brands Hatch, but struggled at Donington Park, retiring in the first and third races and finishing 15th in the second race.

With the deal to join STR only just completed, Newsham will be unable to take part at this weekend’s round at Thruxton as the team’s second NGTC turbo fitted car isn’t race ready, so will work with the team before making his debut in the front-wheel drive NGTC-powered SEAT León at Oulton Park.

“I am very excited about the change to STR,” said Newsham.

“I have met the team at their HQ in Forton, and was very impressed with their set-up and car preparation. The SEAT Leon looks quick in Tom’s hands and it has a strong turbocharged engine. All the ingredients are there for us to have a great remainder of the season.”

“Dave contacted us earlier in the week and we’ve negotiated for him to drive with STR for the remainder of the season. He’ll be making the switch from a RWD BMW to the FWD SEAT and wants to test the car before competing, so won’t be racing at Thruxton, but we’re confident that his experience driving the FWD Clio will stand him good stead.”

It is not known at this point whether Geoff Steel Racing will be present this weekend after Newsham’s departure.

The team had bought two BMW 320sis from Motorbase Performance during the off season, but after initial plans to run both cars, only lodged one entry in the car which was primarily backed by Newsham’s business.