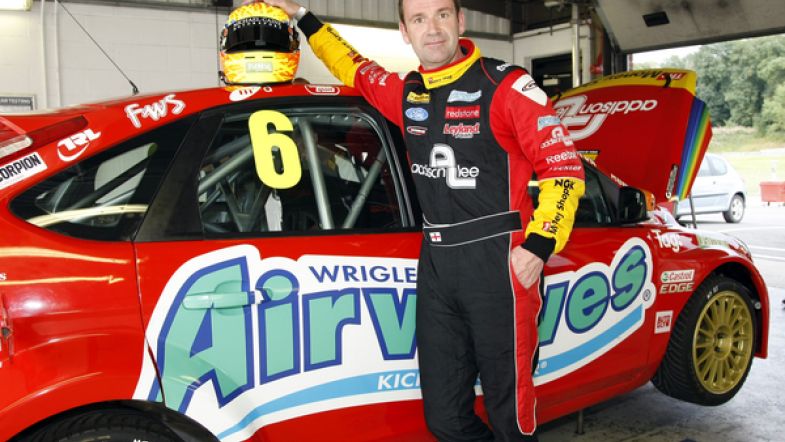 Motorbase had purchased all three of Arena Motorsport’s Ford Focus STs last season. Though Arena only fielded two cars for Tom Chilton and Tom Onslow-Cole in 2010, the team had prepared a third car with the expectation of racing it late in the season, but instead chose to focus on their two drivers in the then LPG powered Focus STs.

Motorbase bought all three at the beginning of the year with an expectation to field three drivers this year. Tom Onslow-Cole was hotly tipped to be joining the team after appearing with Motorbase in pre-season testing, but eventually nothing materialised and the third car has remained on the sidelines.

Now Motorbase’s Porsche Carrera Cup UK driver Michael Caine will graduate to the BTCC to help support Mat Jackson’s championship challenge. Caine finished second in the Carrera Cup UK’s standings last season, but is out of contention for this year’s title. Caine recently stepped aside at Knockhill to hand his car to team-mate Steve Parish, who is in contention for the Pro-Am2 category title.

“It’s an opportunity that I thought would never ever arise and I’m delighted,” said Caine.

“I just hope that I can wear the Airwaves brand with pride and represent Motorbase and the sponsors in the correct manner to deliver the results that the team deserve and support Mat and Liam with their challenge for the Championship, and in my little way, hopefully enjoy it!”

“The team and Michael are under no illusions that he’s taking on a particularly tough task at the hardest point of the season but with his personality he will be a great addition to the BTCC. I know a lot of people want to see him have this chance so I hope that all the fans will give him the support he rightly deserves.”

Caine will unusually be racing in car number 6 this weekend. Usually the top ten numbers are reserved for the drivers that finished in the top ten in the previous year. The number six has so far been unused as sixth place in the championship last year went to Motorbase’s previous driver Steven Kane, who is now competing for Dyson Racing in the American Le Mans Series.