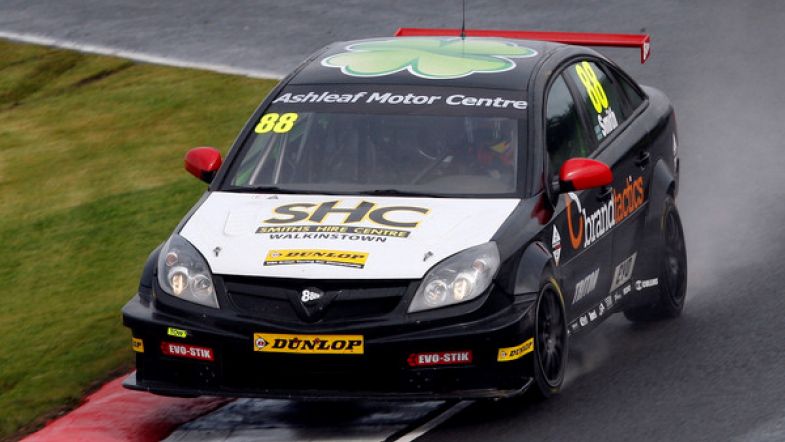 Triple Eight have confirmed that Ollie Jackson will drive the No.48 Vauxhall Vectra for the last two races of the season which was driven by Tony Gilham earlier in the season and Aron Smith as a one-off at Knockhill, but had remained vacant for the most recent round at Rockingham.

Jackson, who raced for two years in the Porsche Carrera Cup UK with Motorbase Performance in the ProAm1 category will be trying to help Triple Eight to their first independent drivers’ and teams’ titles against his former team in the NGTC-powered Vectra.

“I’m thrilled to have signed for Triple Eight and can’t wait to make my touring car debut,” said Jackson.

“So far I’ve only had an afternoon in the car and Brands will be the first time I will have raced a front wheel drive car so clearly they’ll be lots to learn once Saturday morning practice starts.”

“That said, I’m really looking forward to the experience, I know the track and I’m confident that I can put up a good showing.”

The 27-year-old has been competing a partial season in the British GT championship in the GT4 class Lotus Evora, sharing driving duties both with former Triple Eight driver Phil Glew and Jack Drinkall, and will compete with the same car number as his Spa-Francorchamps race winning Evora from that series.

Triple Eight have a 20 point lead over Motorbase in the independent teams’ standings, which Triple Eight will be looking to defend with their two cars, whilst Motorbase continue to run three for Mat Jackson, Michael Caine and Liam Griffin.

The addition of Ollie Jackson to the grid, the second Audi A4 of Rob Austin Racing being entered for Chris Swanwick and the return of Speedworks could mean 29 cars will feature on the grid at the Brands Hatch Grand Prix circuit this weekend.