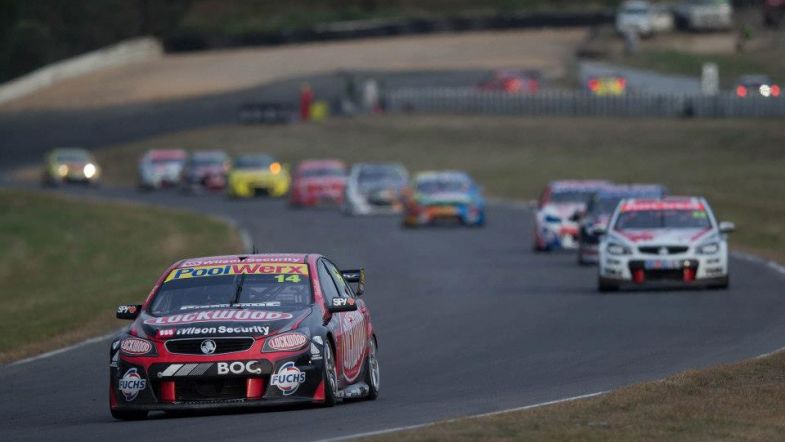 Coulthard ahead of Winterbottom in final Symmons Plains race

Holden driver Fabian Coulthard snatched victory from Ford driver Mark Winterbottom in the third and final race of the weekend at Symmons Plains.

Winterbottom headed the field from pole position until the closing stages of the race. A spectacular crash brought the safety car out with ten laps left as Scott Pye suffered from brake failure, see the picture below, sending his car off track at close to 160 km/h.
“I struggled with the brakes and with 25 laps to go the pedal started getting really long. I tried to turn but it just went straight on ahead and I just braced myself for the impact,” said Pye.

The ekol Racing driver escaped unhurt from the crash and as the field resumed racing, Coulthard closed in on Winterbottom. With just three laps left, Coulthard threw his Holden Commodore on the inside of Winterbottom, making contact on the way through, to take his second victory of the season. Winterbottom sustained left-front tyre damage from the contact between the two but was able to secure second ahead of James Courtney in third.

Previous race winner Jason Bright and Jamie Whincup put hard pressure on Courtney in the end, but had to settle for fourth and fifth respectively.

Will Davison was the second Ford in the top ten in sixth position ahead of Tekno Autosports driver Jonathon Webb in seventh. Fujitsu Racing GRM driver Scott McLaughlin crossed the line in eighth ahead of the final two in to the top ten: Shane Van Gisbergen and Garth Tander.

Best non Holden or Ford driver was Lee Holdsworth for Erebus Mercedes in 13th position while the best Nissan driver was James Moffat in 15th position for Norton 360 Racing.

Whincup has taken over the championship lead on 513 points ahead of Davison in second on 450 points and Courtney in third on 398 points, see complete standings here. Next race is the ITM 400 Auckland on the 12-14th of April. 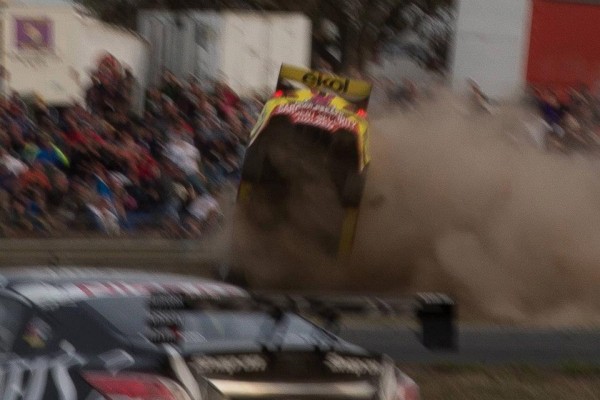