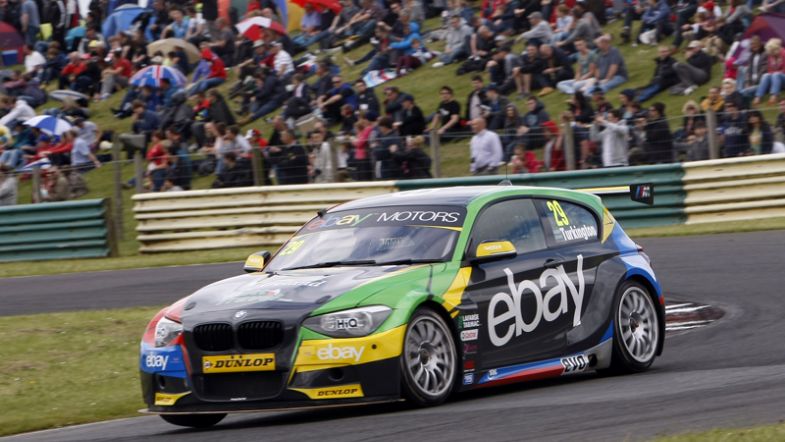 Colin Turkington takes commanding win in race one at Croft

West Surrey Racing’s Colin Turkington took a dominant lights-to-flag victory in the first race of the day at Croft, nine seconds ahead of the duelling Honda Racing Team pair of Matt Neal and Gordon Shedden.

The 2009 champion also set fastest lap on his way to the win, his second of the season in the new BMW 125i.

All three of the German machines started on the soft tyres, and the decision proved to be an inspired one, highlighted by Nick Foster’s charge through the field from 12th to fourth.

Triple Eight MG’s Jason Plato fell back from his front-row start to finish fifth, ahead of Andrew Jordan in his Eurotech Racing Honda Civic.

Plato’s team-mate Sam Tordoff was seventh, ahead of one of the stars of the race, Michael Caine, who battled forward from 15th with some opportunistic overtaking in his Motorbase Performance Ford Focus.

Rob Collard was ninth in the third of the BMWs, another driver who put in a spectacular charge, after he fell to the back on lap one after tangling with Plato at Hawthorn.

The 19-year-old finished 18th overall in his Motorbase Performance Ford Focus, 10 seconds ahead of David Nye.

It was an incident-packed race, with talking points from the very start.

Collard flew off the line and tried to pass Plato around the outside into Hawthorn, but there was contact on the BMW’s right rear wheel, causing him to spin.

Frank Wrathall was tapped into a spin by Nick Foster at the complex later round the lap, before Plato dropped behind both Hondas after running wide at Tower on lap two.

Mat Jackson retired after clouting the tyres at Hawthorn on lap six in the third NGTC Motorbase Focus, while a disastrous race for Speedworks Motorsport saw both Toyota Avensis cars retire – a heavily smoking Ollie Jackson on lap four, and Dave Newsham on lap seven, after contact with Jeff Smith at the hairpin.

Foster’s charge saw him pass Jordan on lap seven, when the Honda straight-lined the chicane to stay in front, and gave up the position at Tower. He then passed Plato into the chicane on lap 13.

Caine then pulled off one of the moves of the race, passing the battling pair of Collard and Adam Morgan into the chicane, before fighting past Onslow-Cole on the final tour.

The second of the day’s three races takes place at 14:37 BST.