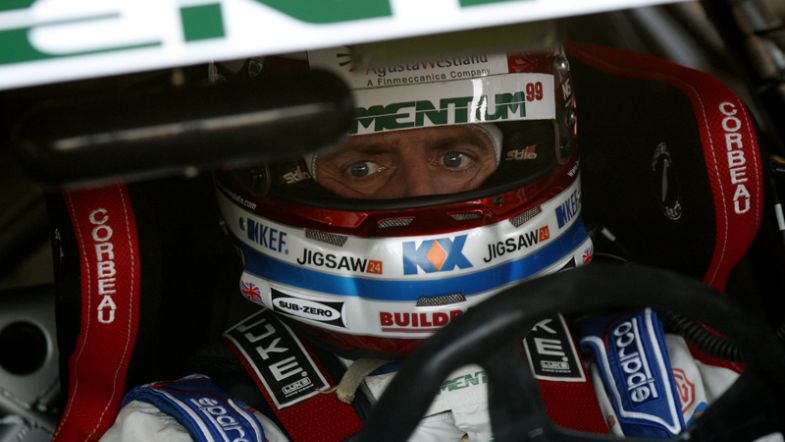 The two-time champion was talking after his titanic battle with Andrew Jordan in Silverstone’s second race, which both men and most onlookers described as a hard but fair touring car fight.

And in an impassioned defence of his own standards, he said equalising power would stop giving an advantage to people who “aren’t in the best equipment, or aren’t the best drivers”.

Plato’s comments will certainly raise eyebrows among BTCC fans who have suggested the performance of the MG 6 has been down to superior boost levels in 2013.

Speaking to TouringCarTimes, Plato said: “One of the things I think would be good is to get rid of this disparity in straight-line speed.

“That gives people who aren’t in the best equipment, or aren’t the best drivers, chances to lunge into the back of people when they shouldn’t do.

“I think that is important. We need to get rid of these stupid boost adjustments. Just give everyone the same power and be done with it. That would be great.”

Reflecting on his battle with Eurotech Racing’s Jordan in race two, Plato said: “It was great – I really, really enjoyed it. I had to really think on my feet, change my rhythm and drive differently in the corner where Andy was strong.

“The other thing is from Andy’s perspective, it was a no risk manouver. It is not like diving down the inside of someone. I had to think about that, because he was always going to try it on.

“I had to change a lot in my approach, and I am chuffed. It was a bloody good win, one of my best.

“That is touring car racing. There were no punts, there were no stupid lunges – it was a bit of rubbing, and two guys who wanted to win fighting it out. That is what racing is about.

“The little rub, I don’t mind. Just driving in the side of people and punting people off is not what it’s about.

“And I know I come under flak. But tell me the last time I put someone in the gravel? You get labelled and you get a reputation.

“But I don’t punt people off. I don’t drive into the side of people and drive them off the track – some people do.

“The battle with Andrew was a good example of robust touring car racing, and that’s how it should be.”

Plato now heads to Brands Hatch mathematically still in contention for a third BTCC crown, but says this is not something he is considering.

“I’m not thinking about the championship – I just want to win some races,” he said.