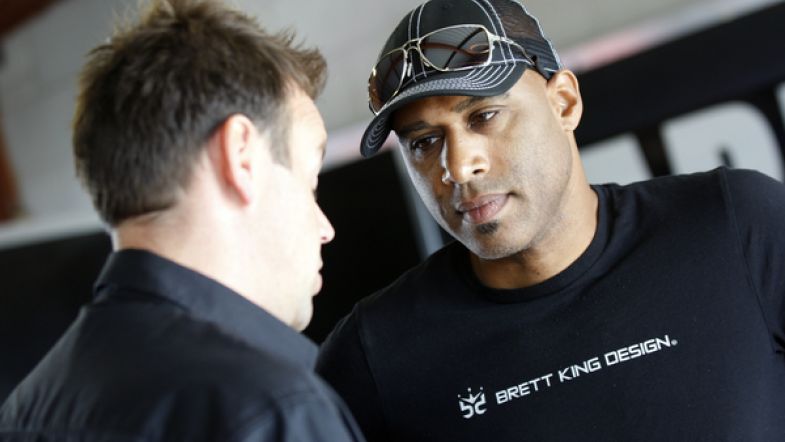 Rotek Racing and Robb Holland have put on hold their plans to enter the World Touring Car Championship, and have switched their focus to the British championship. The Sonoma & Nürburgring based operation plans to enter a pair of Audi A3 saloons, built to the BTCC’s Next Generation Touring Car specifications in 2014.

Holland, who raced twice in the BTCC last season at Snetterton and Knockhill, and then at Snetterton again this year with Tony Gilham Racing, says the BTCC is the right place to be at the moment.

“The plan is enter the BTCC next year with a pair of Audi A3 sedans. Unfortunately, due to the changes in the regulations in the World Touring Car Championship coming in a year early, it didn’t make any kind of sense to invest all the money in the development of the car with the upgrade package for just four races,” he told TouringCarTimes.

The Ford Focuses and their 2013 upgrade package, which were built and raced last season by Arena Motorsport, were purchased at the start of this year, with a partial programme planned in 2013, followed by a full programme in 2014. But with the timetable for the introduction of new S2000 regulations brought forward due to Citroën’s entry into the championship, the older specification cars wouldn’t be competitive against the new cars from Honda, Lada, Citroën and the Chevrolets of RML.

Holland plans to work with Tony Gilham’s operation with the programme. Gilham’s team took two second places as their best results this season, the first at Thruxton with Tom Onslow-Cole, and last weekend at Brands Hatch with Jack Goff.

Holland to race one of the A3s, with the driver of second car to be confirmed later on, but Holland says a number of American drivers are also looking at making the move across to race the car.

The Audi A3 saloon has just been launched in the UK as a rival to Mercedes CLA-class. Unlike the A4s of Rob Austin Racing, which due to the configuration of the NGTC cars could only be configured as a rear-wheel drive car, Rotek’s A3s will be able to be developed as front-wheel drive cars.