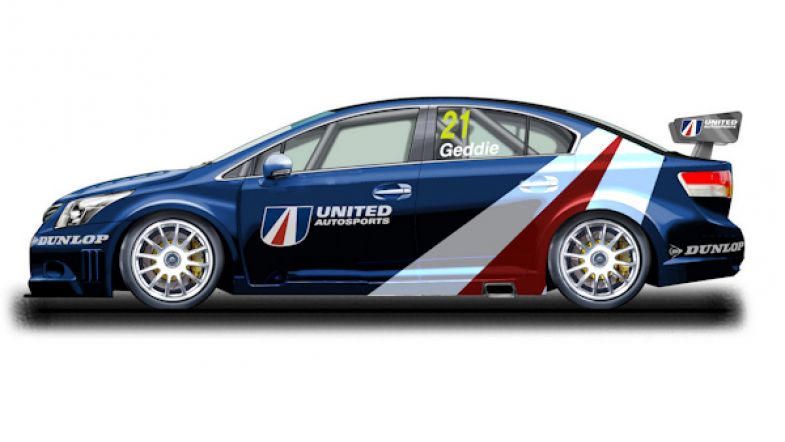 United Autosports will join the British Touring Car Championship for the 2014 season after being granted a pair of the Championship’s new TBLs, licences required for competition. The team will run a pair of Next Generation Touring Car-specification Toyota Avensises for Glynn Geddie and James Cole.

The UK-based but US-owned race team, which has principally been involved in sports car racing to date, will join the BTCC with 25-year-old James Cole, who raced for half of the 2013 season with Tony Gilham Racing, and 23-year-old Scottish driver Glynn Geddie, who won the Super GT class of the Supercar Challenge series last year.

The team have purchased the assets of the Dynojet Racing team, which has run Frank Wrathall in the Championship since 2011. They will also continue their GT racing programmes alongside their BTCC commitments next season.

“The British Touring Car Championship is the most popular motor racing series in Great Britain outside of Formula 1,” said team owner Zak Brown. “It’s seriously competitive, the racing is exciting and it’s commercially viable, as the capacity grids show. I’m thrilled that United Autosports are going to be part of the BTCC as well as continuing our strong presence in the British GT Championship.”

Team owner and managing director Richard Dean added: “We are really excited to be entering the 2014 British Touring Car Championship. It’s a new direction for the team and the BTCC is known across the country as a highly competitive championship so we are looking forward to taking on the new challenge.

“We have a strong driver line up in James and Glynn; James’ BTCC experience and Glynn’s pure driving skill will be invaluable to the team in 2014. We will still be entering the British GT Championship with Mark Patterson and Matt Bell, along with attending other overseas races throughout the year.”