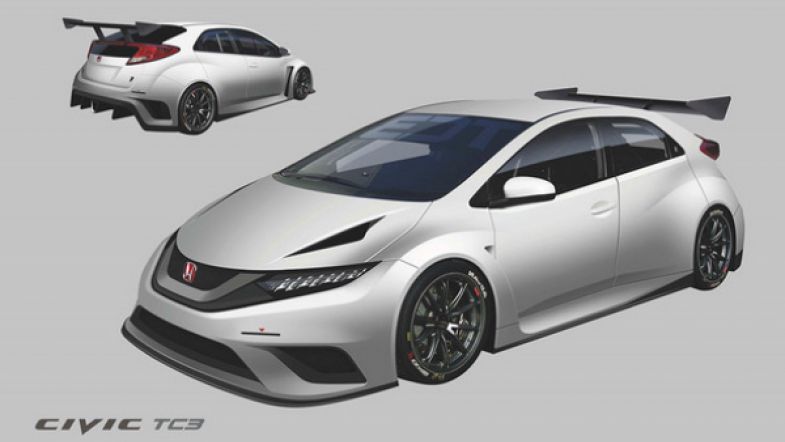 JAS Motorsport working on more cars for TC3 throughout 2015

Adding to its programme as the Honda factory team in the World Touring Car Championship, JAS Motorsport will also be building a number of Honda Civic Type-Rs for the inaugural TC3 International Series next season, though there will only be three cars ready for the full season, which will be run by top Swedish squad WestCoast Racing.

JAS, which is based near Milan, has supported a number of non-factory backed Honda programmes in recent years, with many of its Honda Accord Euro Rs having been raced in Asian series following their initial development for the 2005 WTCC season as an independent programme.

The team will build cars for Marcello Lotti’s low-cost TC3 series next year as a customer supporting operation, as well as continuing to compete in the WTCC, where they will continue to run two cars themselves as the Honda factory squad along with a test car, while supporting three independent entries at Zengő Motorsport, Proteam Racing and NIKA Racing.

“We will update all the cars with the new parts after the winter test. Some parts are already defined, other parts we have to test,” said JAS Motorsport team principal Alessandro Mariani to TouringCarTimes.

“TC3 is a totally different story as it’s a customer car. It’s by JAS, as JAS has a mission as we have a lot of customers in the world that are demanding a cheap touring car, and the market is demanding it,” he added.

“At the beginning we will build three cars for WestCoast Racing, as we want to have cars right from the beginning. Then throughout the year we will produce more cars.”

The new TC3 formula promises cheaper touring cars than have been seen recently in international and national series. The WTCC’s series organisers explain the cost of a TC1 rolling chassis with engine is currently around 500,000 EUR, with the factory teams having spent even more in testing and development, while V8 Supercars’ Car Of The Future (COTF) are approximately 650,000 EUR for the car and engine.

The British Touring Car Championship’s Next Generation Touring Car (NGTC) formula has a price cap of £200,000 (250,000 EUR) for each rolling chassis, with another 32k EUR for rental of the TOCA engine, or they can build their own. While the Solution-F formula adopted by the Scandinavian Touring Car Championship has been among the cheapest of the current formulae at around 125,000 EUR for both the car and engine, but the new production based TC3 cars are set to undercut even that.

“The price cap for the cars is 100,000 EUR,” said Mariani. “It makes sense if the cost is reasonable, and the performance is reasonable. The production car already has a lot of power, and then after this even the running costs are very, very cheap,” he explained.