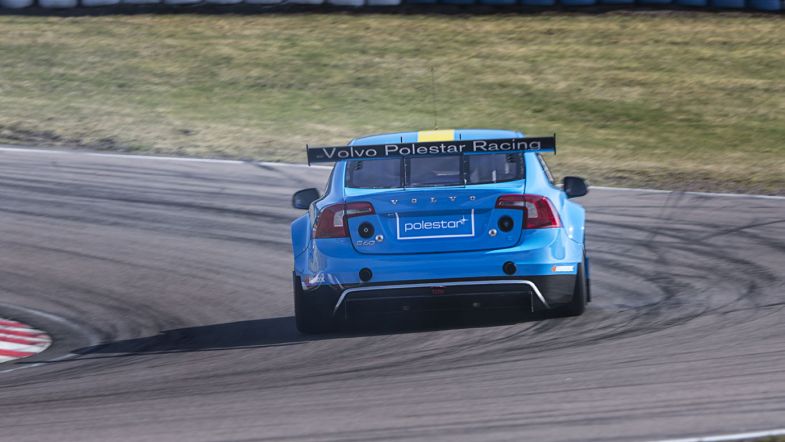 Volvo boss says motorsport “does not conform with our brand”

Volvo Cars’ Marketing Director Alain Visser has indicated that the Swedish manufacturer will be revising its marketing strategy significantly, and could potentially withdraw from all of its motorsport commitments as well as a number of sponsorship deals.

The 51-year-old Belgian, who joined Volvo from GM in 2012, has stated to Dagens Industri that “Motorsport does not conform with our brand, where we stand for smaller engines and safety. We are therefore pulling out of STCC for example as soon as the contracts permits.”

Part of Visser’s proposals also call to end all sponsoring contracts except for the Volvo Ocean Race (sailing), and to only visit three car shows – Geneva, Detroit and Shanghai/Beijing, as well as starting to sell cars over the internet.

Volvo has won the STCC for the past two seasons since the championship rejoined with the breakaway TTA Series, where it competes with three Volvo S60s for Thed Björk, Fredrik Ekblom and Prince Carl Philip Bernadotte. The Swedish marque has also entered the Australian V8 Supercars Championship this season, taking four wins in their first season, with two Volvo S60s for Scott McLaughlin and Robert Dahlgren. Volvo had also been strongly tipped to be ready to join the FIA World Touring Car Championship for a full programme from 2016, which features smaller 4-cylinder 1.6 litre turbocharged engines.

Polestar Racing, which runs Volvo’s motorsport programmes in the STCC and in partnership with Garry Rogers Motorsport in Australia, added more clarity on the Volvo director’s statement:

“We are going to continue racing in the 2015 STCC and V8 Supercars,” said a Volvo Polestar spokesperson to TouringCarTimes. “The STCC contract runs out after 2015 and V8 Supercars after 2016. We are going to evaluate our participation after that, as we for example have done a number of times in the past for the STCC, a championship we have taken part in since 1996.

”We have a long-term contract with Volvo as the official motorsport and performance partner. The form of cooperation regarding motorsport between Volvo and Polestar is currently being evolved and we look positively towards the future.”