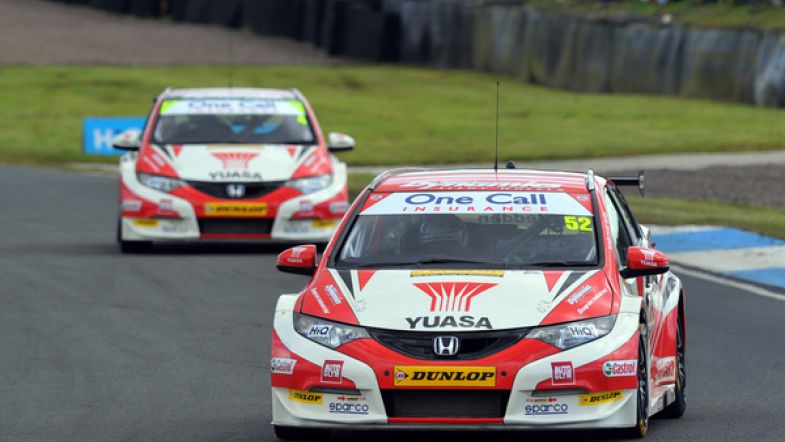 Honda to return with Matt Neal and Gordon Shedden in 2015

Honda Racing Team will return to the BTCC for the 2015 season, with long-time driver pairing Matt Neal and Gordon Shedden again spearheading their assault on the championship.

The multiple title-winning squad has also announced that 2012 champion Shedden has signed a new three-year contract with them, but has made no final decision on what car it will run in the new season.

But Neal has confirmed the team are considering three new models of car, meaning the Civic Tourer raced in 2014 will definitely not be used.

Speaking to TouringCarTimes at the Autosport International Show, Neal said: “We’re flat out. The Tourer has gone, sadly, but it’s about what we start with.

“The combination and package we’re going to run hasn’t quite been finalised at the moment. We do know a lot parts-wise and with data, and at the moment we are designing three derivatives of a new car.

“So it’s a lot of work to do. But Honda is continuing with me and Flash, which is fantastic.”

Regarding Shedden’s new contract, Neal added: “It’s fantastic. It gives him stability and security for the next few years, and continuity going forward.”

The 2015 season marks the 24th anniversary of Neal’s first season in the BTCC, and while remaining as hungry as ever, the triple champion confirmed he will be approaching the year slightly differently.

He said: “I made a new year’s resolution that I’m going to get up every day and face every day with a smile! Even if I’m falling out with people I’m going to do it while I’m smiling…”