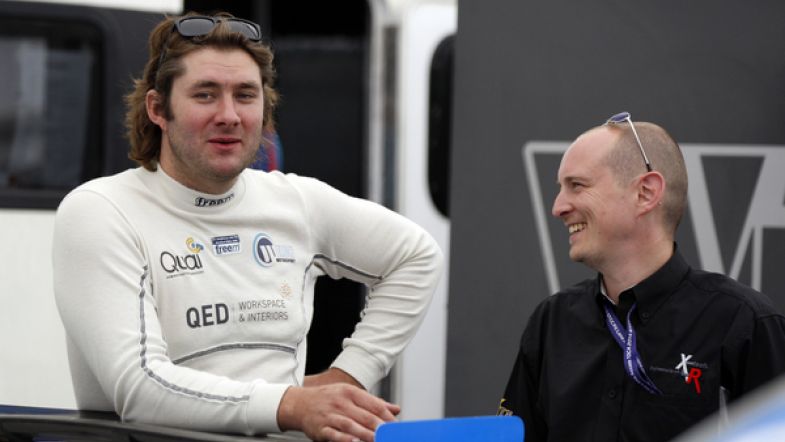 Dan Welch has suffered a collapsed lung and broken ribs following a huge crash while competing in the Dubai 24 Hour event.

Welch, who drives a Proton Gen-2 for his family-run Welch Motorsport team in the British Touring Car Championship, was behind the wheel of a Porsche 991 in the closing stages of qualifying for the traditional season opening race when a Ferrari 458 lost control heading in to the hairpin, sending Welch to hospital and leaving the Porsche unrepairable.

The driver of the Ferrari, former World Touring Car contender Isaac Tutumlu, posted an on-board view of the incident to his Instagram page, blaming the marshals for failing to deal with oil on the circuit, causing the incident.

“I had a big crash on my fastest lap due to some oil or cooling fluid on the track that was not signaled by the marshals even though they admitted to have seen something on the track,” said Tutumlu, alongside the video which clearly shows a lack of diminished adhesion flags. “Sadly, for their irresponsible and lousy work the car is finished and we cannot race.”

Meanwhile, Welch, who was originally only thought to have escaped with bruising and suspected cracked bones was taken to A&E last night where a CT scan revealed he had suffered a collapsed lung along with broken ribs.

On bored from @isaactutumlu http://t.co/TKaKOMk6Ov" the crash that ended my race, broke some ribs & punctured my lung! But its ok Im alive!

“It’s such a huge amount of work and effort to get there and then such  a disappointment for the other drivers not to get to race,” Welch told TouringCarTimes. “Jake, Simon and David were doing an awesome job and our race consitancy looked really good compared to other cars in our class. With a massive amount of damage done to the car and myself it’s going to take a good few weeks to recover!”