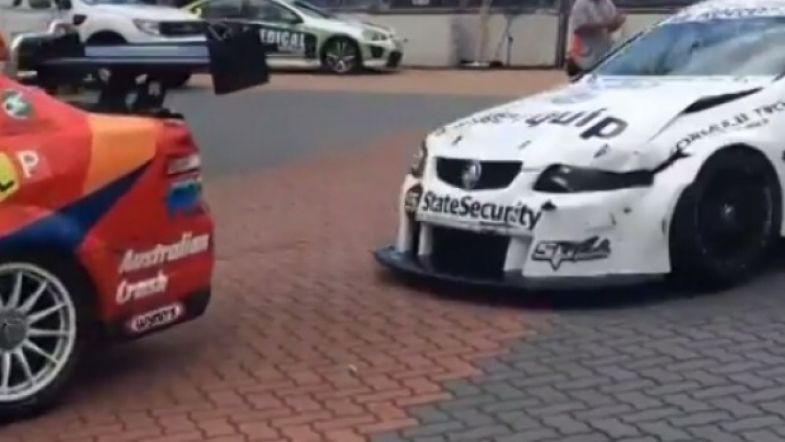 Brett Stewart banned from any form of V8 Supercars involvement

Former Dunlop V8 Supercar Series driver Brett Stewart has been banned from any form of involvement in ”either the V8 Supercars Dunlop Series or V8 Supercars Championship, or contributing in any role within a team.”

Stewart’s ban originates from an incident in the 2014 season finale of the Dunlop series in Sydney where Stewart crashed into the back of Josh Kean in the paddock area after the race, as seen in this video:

The crash was a retaliation from an incident between the two in the race where Kean turned Stewart around:

The Confederation of Australian Motor Sport released a statement which included a 15.000 AUD fine and an 18-month suspension of Stewart’s license:

”The Confederation of Australian Motor Sport (CAMS) has notified Dunlop Series driver Brett Stewart that his CAMS licence has been suspended for 18 months. Stewart has also been fined $15,000. The licence suspension prevents Stewart from competing in any CAMS or FIA affiliated motor sport event world-wide.”

It has not been made clear whether the V8 Supercars ban is lifetime or time limited.