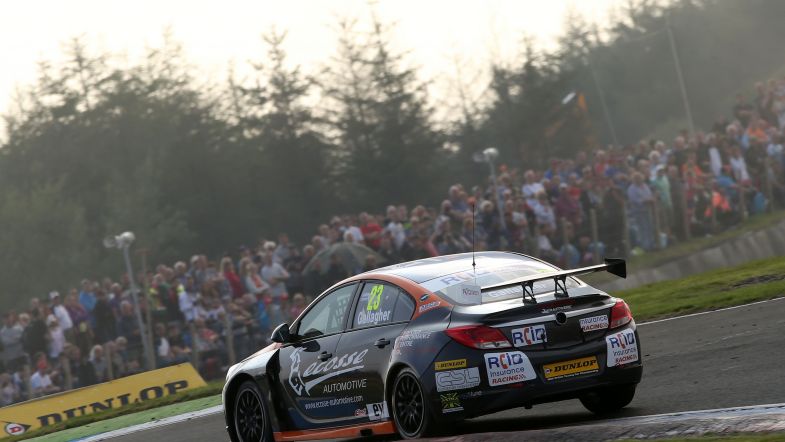 Kieran Gallagher to drive for Tony Gilham Racing in 2015

Kieran Gallagher will contest his first full season in the BTCC for Tony Gilham Racing in 2015, subject to confirmation from TOCA.

Gallagher, who drove a Vauxhall Insignia at Knockhill for Gilham’s squad in 2013, has been with the team for two years and has previously raced under the Team Hard banner in the Volkswagen Cup.

The 24-year-old Scotsman will drive the Toyota Avensis which Gilham has acquired from United Autosports, subject to series bosses ratifying the transfer of the TOCA BTCC Licence.

Gallagher said: “I am over the moon to be fulfilling my lifelong dream to be competing for a complete season in the BTCC. After driving the Insignia for Team Hard at Knockhill in 2013, I made it my ambition to someday race again in the series and to do it with Team Hard is awesome.

“As soon as Tony offered me the chance to join them for their return, I immediately said yes and literally cannot wait to get going. I know this is a big jump, but at the same time I feel I can learn very quickly and will want to get up to speed and fight as high as possible up the grid. It will be a huge learning year but I am more than up for the challenge.”

Team boss Gilham said: “This is a very exciting programme, we are going to be in this for many years. Initially we will run the Avensis but have further plans hopefully for 2016. We have seen glimpses of how quick the Toyota can be on its day and the development we have planned, we hope to see a marked improvement.

“This is a totally new approach from us. We have gone back to being a family-run team and there are no outside influences this time. We are building this for the future.”

The team says it is looking to run a second Avensis  and is in discussions with several drivers.