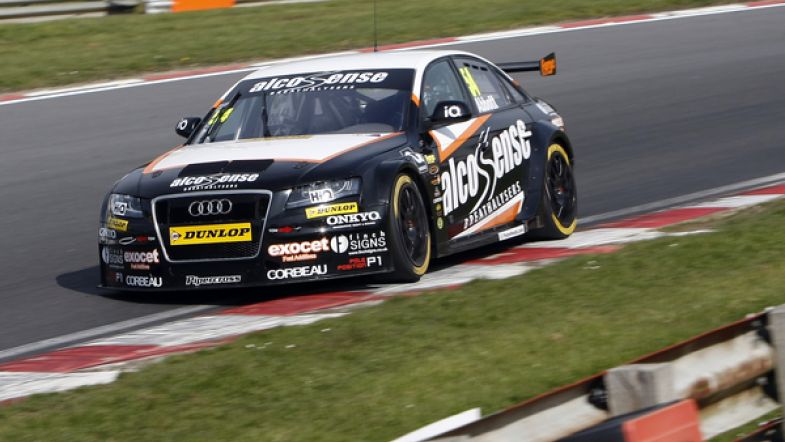 Rob Austin Racing will return to the BTCC in 2015 with the same line-up as last season, with GT convert Hunter Abbott once again partnering owner/driver Rob Austin in a pair of Audi A4s.

Austin confirmed last week that a driver had been signed for the new campaign, and today the team has announced it is his former British GT team-mate Abbott, who showed flashes of speed and promise in 2014 and secured a best result of 10th.

The duo’s A4s will be unveiled in their new liveries at Media Day at Donington Park next month.

Abbott said: “2014 was my first season in the BTCC and a learning year. The BTCC is like nothing else – the depth of competition and driving skill is among the highest of any motor racing championship in the world and you have to race harder and more ruthlessly than any other championship I’ve been in. Give an inch and someone will have a nose in there in a nano-second.

“I was happy to have finished in the points at my first ever BTCC event last year and the highlights for me were Rockingham and Croft where I overtook 17 cars in one race. With a year’s experience under my belt and the changes that Rob has made to both the team and the cars during the winter break I am really excited about returning for 2015. I’m going after consistently strong results across all 30 races and believe that podiums are a realistic target as well.”

Austin added: “The whole team is delighted to have Hunter back on board. He is a great driver, a great guy, a great friend and everyone in the team loves him. He almost won the Jack Sears Trophy and overtook more drivers than any other rookie in 2014. There were some very strong results – I am confident he can become one of the stand-out names in touring car in 2015.

“Certainly we have been working damned hard behind the scenes to give Hunter a car that can enable him to fight for big results on a much more consistent basis – things will become clearer on that front in the coming weeks and certainly on Media Day when we unveil the Audis in full 2015-specification.

“Hunter’s determination is also helping me raise my own game. I felt I dropped the ball a few times in 2014 and do not intend doing that again this year – I’ve already lost 10kgs since November as part of a fitness regime I’m on.”