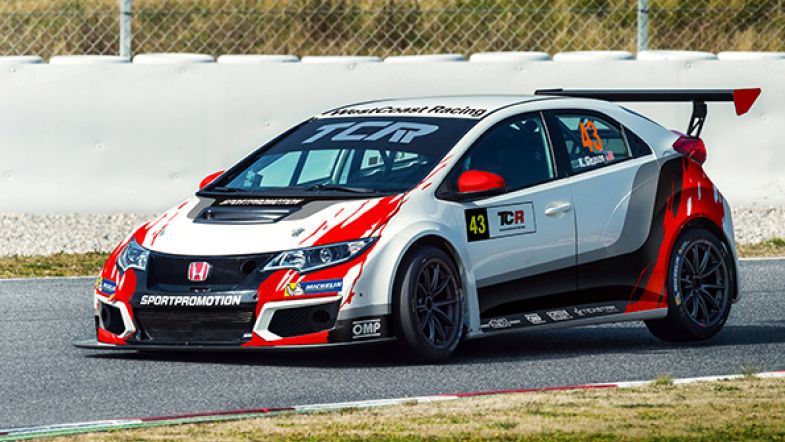 “The team is well proven and brings a vast array of experience that I’m sure will help see it quickly adapt to the new challenge it faces in 2015. Beyond the team itself, I expect the Honda Civic TCR to be a competitive package, especially with the support of JAS Motorsport and Mugen. I look forward to building these relationships into a successful campaign.”

Gleason has mainly raced in the U.S. previously in championships like the Continental Tire Sports Car Challenge and Pirelli World Challenge. The American most recently took part in the Bathurst 12 Hours, driving an Audi R8 LMS for Rotek Racing.

“WestCoast Racing is delighted to welcome Kevin Gleason to the team. His pace and hunger to succeed is very apparent and that was a big appeal when we started our conversations. The TCR International Series is the ideal category to start a full season campaign and to perfect his racecraft on some of the best tracks in the world. I have no doubt Kevin will soon be a name we all know and remember in touring cars,” said James Nixon, WestCoast Racing Team Manager.

WestCoast Racing, five-time STCC champions, is going to field three Honda Civics in the championship this year, with the two remaining drivers remaining to be confirmed.