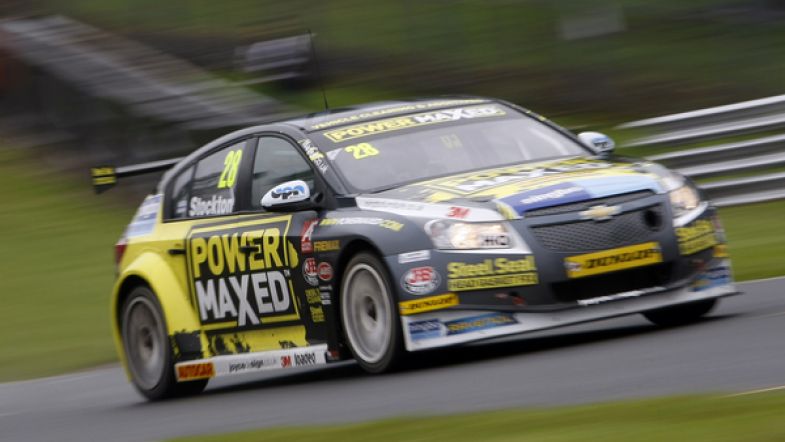 The 23-year-old, who took six wins in his title fight in 2014, will be competing under the new #RacingforHeroes banner, the motorsport fundraising partner of the Help for Heroes charity.

The Bath driver will partner Dave Newsham at the team, who was announced last month alongside new team manager Martin Broadhurst, formerly of Triple Eight. Cook’s unveiling means both the top two drivers from last year’s Clio Cup will be on the BTCC grid this year, with champion Mike Bushell already confirmed at AmD Tuning.

Cook said: “The realisation that I will be lining up on the BTCC grid has not yet sunk in. I cannot wait to get behind the wheel of the Chevrolet Cruze and battle it out, although I am under no illusions of the challenge that lies ahead.

“The recent team changes at Power Maxed Racing, including the appointment of Martin Broadhurst as team manager fill me with confidence that this will be a long and successful partnership.”

Team principal Adam Weaver said: “I’m excited to have Josh on board, he’s excelled throughout his career and it’s great to be helping him realise his dream and his potential of racing in the BTCC.

“Josh will add a good dose of youth and enthusiasm to the team and I’m sure both he and Dave will keep each other on their toes and spur each other on.”

Cook has been heavily involved in the launch of the #RacingforHeroes fundraising partnership with Help for Heroes which will be raising money for wounded, injured and sick servicemen, women and veterans through motorsport.

The team plans to test between now and the first round and will unveil its livery at the BTCC media day on March 24.