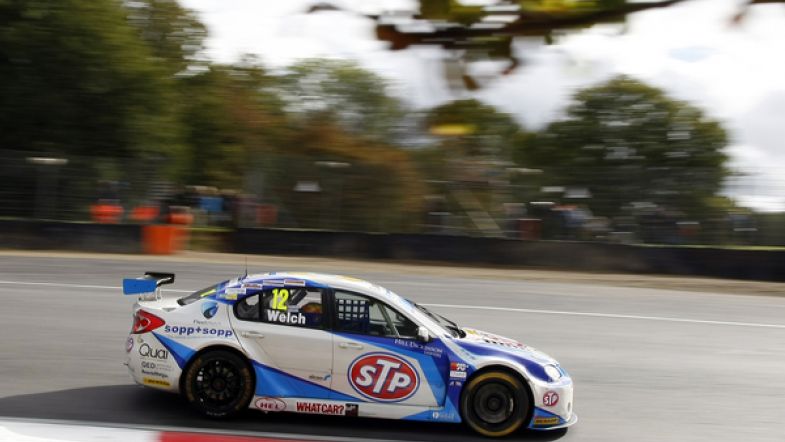 Welch Motorsport are hoping a long winter of hard work on their self-built Proton engine will reap rewards in the 2015 BTCC, after a trying 2014 campaign beset with straight-line speed and reliability woes.

The team have been running an extensive dyno programme since the end of last season, and driver Dan Welch says he hopes things are now coming together for the fourth full year racing the Gen-2 model. As in 2014, the team will run two cars.

Team boss John Welch hinted at a return to the stock TOCA/Swindon engine when second driver Andy Wilmot was signed in December, but the team have decided to stick with their own power units.

Welch Jr said the decision to run the Proton engine will help promote variety alongside the existing Honda, Ford, BMW and Toyota powerplants, on a grid largely populated by the stock Swindon/TOCA unit.

“Our focus since the end of last season has been 140 per cent on the engine. We were so happy with how the car was last year, but the way the engine regs are just didn’t suit us,” said Welch to TouringCarTimes.

“Once you’ve submitted your homologation to TOCA, that’s it. We were stuck with it. The engine was awful, there were no two ways about it.

“We have been saying to TOCA that we weren’t trying to build an engine that was quicker than the others – we just want equality.

“Some engines have low-end grunt like the Honda, and the TOCA engine has the grunt at the top end. With different engine makes and builders, you get a difference in the cars. Engines have different strengths, and it makes for overtaking.”

As one of the first teams to buy into the NGTC concept when it launched in 2011, Welch says he has seen the rule set make clear progress in that time – but he also sounded a cautionary note on the current cost of going racing.

He said: “When we came into NGTC we had a list of something like 28 things which we thought were wrong, and they have all been fixed. Anyone moaning now should have been in it at the start!

“It has moved on a lot. You and the engineers can definitely make a difference, as these cars are very difficult to set up.

“The concept has worked because we have a full grid. But it’s not quite worked on the cost aspect and that is something which will get brought up again soon.”

Thoughts now turn to pre-season running, with two days of testing planned at Brands Hatch and Donington Park for new man Wilmot. Welch will test for the first time at media day at Donington.