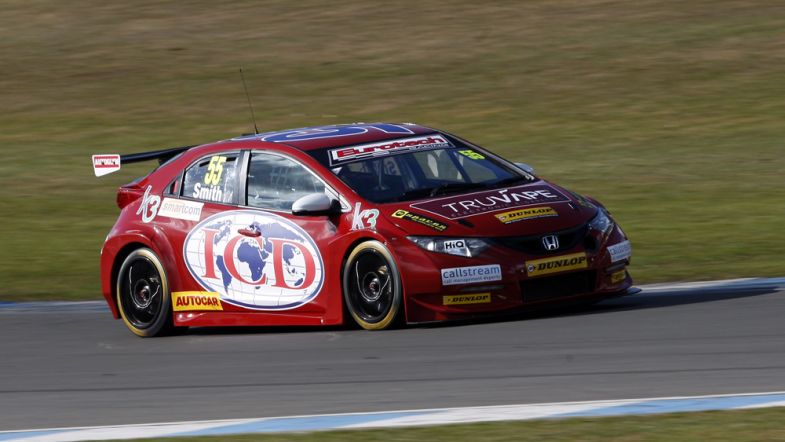 Jeff Smith says he hopes Eurotech Racing’s switch from a Honda engine to the stock Swindon/TOCA unit will help the team be competitive in the 2015 BTCC – but he may have stuck with the original powerplant if he had known the boost level increase earlier.

The new Eurotech team owner took the decision to replace the Neil Brown-fettled unit in favour of the series’ standard engine over the winter, following a number of years where the Honda engine’s top speed has been limited.

But Smith, who returns to the series after a year away, says he may have kept the engine if he had known earlier the boost increase would be 0.6 bar.

Speaking to TouringCarTimes, Smith said: “We’ve gone away from the Honda engine to the TOCA engine, which you would imagine would be fairly simple. But it was a mammoth task.

“Looking at where the Hondas were last year I felt they got penalised again. Had they announced the boost increase of 0.6 back in October I probably wouldn’t have changed, as that’s enough to make it back up again.

“But we’re back with the NGTC engine and a level playing field with 18 or 20 others.”

Smith has hired the experienced Marvin Humphries as team manager for race weekends, a move the Midlander hopes will help him concentrate on racing, as he also runs his own firm in addition to the race team.

He said: “Hopefully once we get into the season, Marv will take over from a weekend point of view and I can concentrate on driving, and get the car at the pointy end of the grid.

“The grid is certainly closer, which we saw last year, so regular top sixes would be good. That’s the aim – and to get some podiums.

“At ICD [Smith’s company] I have three great directors around me. It doesn’t run itself, but it doesn’t need my full attention all the time, and gives me the chance to go and do this as well.”

Rejoining the team alongside Smith for his second season is former Mini racer Martin Depper. On the signing, Smith added: “Already I think he has made some steps forward in testing.

“I think he was a bit frustrated last year. People come into touring cars and unless they’re miraculous drivers they’re not going to be straight at the pointy end.

“Even with drivers like Gio [Fabrizio Giovanardi] and Alain Menu struggled last year. They’re hard cars to drive and it is a pressure environment.”