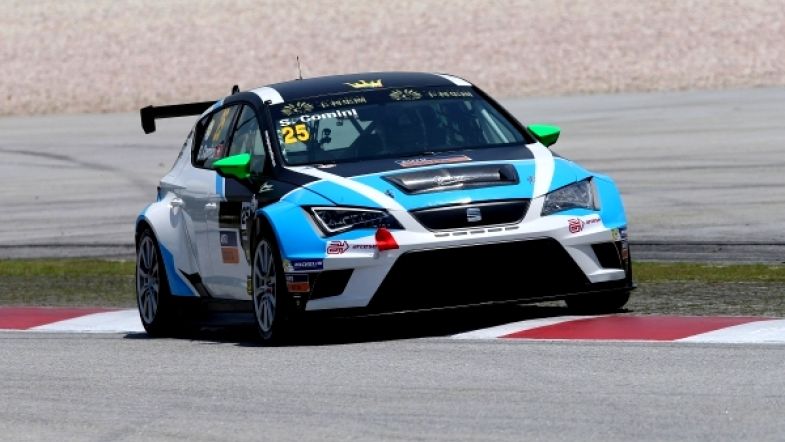 Target Competition driver Stefano Comini was elated to score the first victory of the brand new TCR International Series in Malaysia, taking victory from third on the grid in the SEAT León Cup Racer, passing WestCoast Racing’s Kevin Gleason at the end of the first lap to build a healthy lead.

The Swiss driver, who famously dominated the 2011 Renault Mégane Eurocup season, taking 11 wins from 14 races, won the race with a margin of 3.3 seconds over Craft-Bamboo Lukoil’s Pepe Oriola, with the Spanish driver’s Russian team-mate Sergey Afanasyev completing an all-SEAT podium.

“It’s incredible to win the very first event of the TCR International Series,” said Comini. “A moment I’ll always remember. I feel I have been very lucky in this race; I had a good start but missed the braking point at turn 1 and had to do some drifting…I recovered well and was able to take the lead, pushing a lot in the first four laps to build a good advantage. The guys behind made my task easier as they were battling fiercely between them.”

The 25-year-old now leads the standings on 28 points, ten ahead of Craft-Bamboo Lukoil driver Pepe Oriola, and will start from eighth on the grid for tomorrow’s reversed grid race, with Oriola starting third in the identical SEAT León.