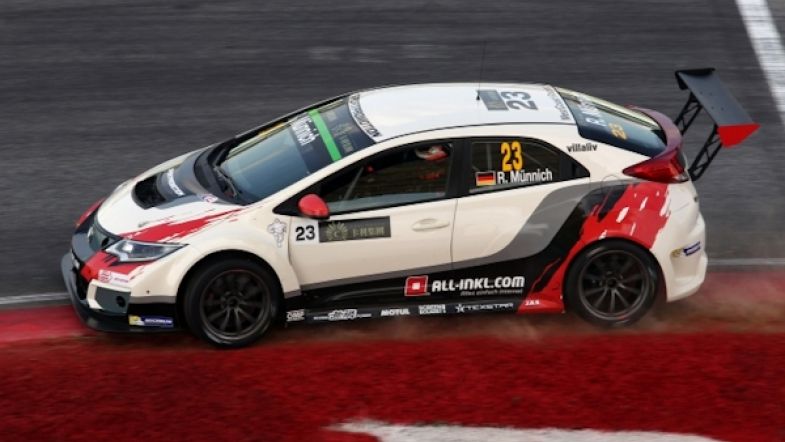 Tough balancing act for the officials in TCR’s first weekend

The race organisers of the new TCR International Series have been busy working to ensure the key Balance of Performance measures work effectively throughout the first meeting of the series in Malaysia, with the weights of the cars having been adjusted after every session so far up to the race this afternoon.

With the SEATs still comfortably fastest, their was a further adjustment before qualifying which saw the Hondas and Audis lose another 30kg, after which the tables were turned, with WestCoast Racing Honda driver Kevin Gleason cruising to pole position in his Civic, and with Franz Engstler leaping up the order to qualify fourth in the Engstler Motorsport-run Audi TT.

Ahead of the race, the balance was put back to FP2 levels, with all cars back at base weight, and things appeared more balanced, though the SEATs seemed to enjoy a slight straight-line speed advantage. Both Audis retired from the race, as did René Münnich in the third WestCoast Racing Honda, but the other two Hondas of Gianni Morbidelli and Kevin Gleason finished fourth and sixth, after battling with the Craft-Bamboo SEAT of Sergey Afanasyev and the Target SEAT of Andrea Belicchi through much of the race.

Whether there will be further changes before tomorrow’s race remains to be seen. Series CEO Marcello Lotti has previously confirmed to TouringCarTimes that the Balance of Performance changes were likely to be fluid throughout the first two meetings of the season, before they try and adopt a system where changes are made only every three meetings once the cars’ capabilities are more clear.