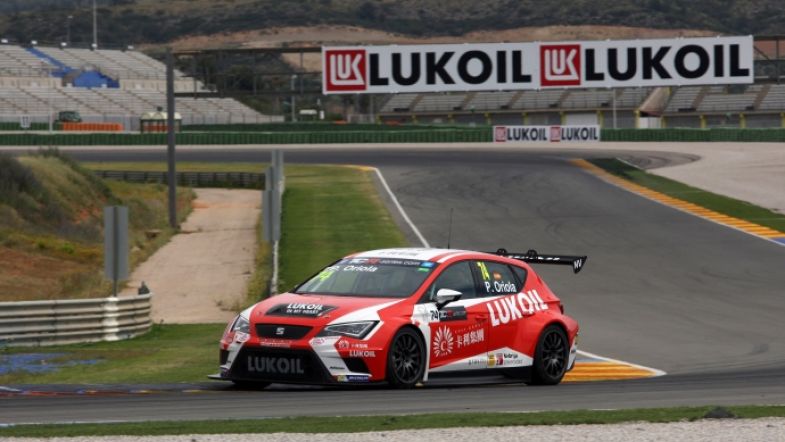 The Q1 session saw the likes of championship leader Gianni Morbidelli and Craft Bamboo Lukoil driver Sergey Afanasyev risking not to pass the cut, both improving just shortly before the flag came out. A few incidents, including Mikhail Grachev’s Audi and WestCoast Racing’s Igor Skuz slipping out of the track and in the gravel, testified how the session was closely fought.

It was however Sergey Afanasyev who topped the standings, with WestCoast Racing’s Kevin Gleason in second and Stefano Comini in third. The big news was the first Q2 session for the Campos Racing Opel Astra OPCs as rookie Oscar Nogués finished 12th, despite suffering from a rear left puncture and a spectacular engine issue in Free Practice 2.

Q2 was decided in the very first lap, when Pepe Oriola lapped just ahead of Comini and Belicchi. The trio actually led the way for the entire session after that intense lap, which saw Oriola just under a tenth quicker than Belicchi and a further 0.04s faster than Comini.

Jordi Gené did not quite manage to deliver on the first lap, staying almost 8 tenths off the pace. Initially in fourth, the Spaniard was passed by Michel Nykjaer, and further into the session by Craft Bamboo Lukoil team-mate Sergey Afanasyev, who finished in fifth.

Next up for the TCR International Series is Race 1, which starts tomorrow at 12:35 local time.