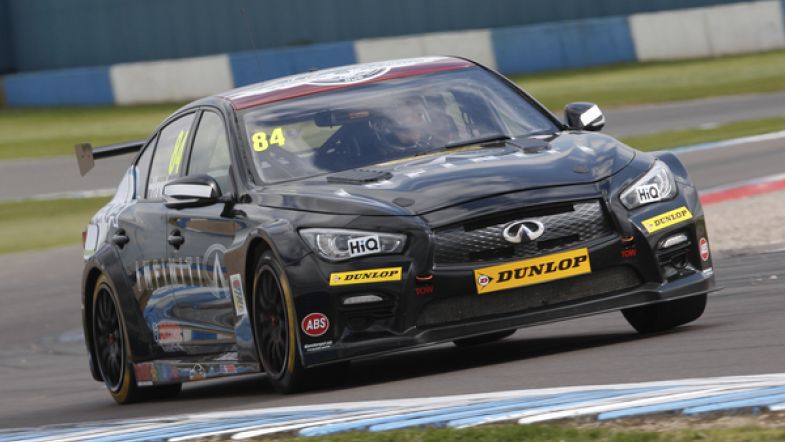 The Northern Irishman is best known for his F1 career-ending 140mph crash in qualifying for the 1990 Spanish Grand Prix at Jerez. Donnelly suffered severe injuries to his legs in the crash, as well as bruising to his lungs and brain. He returned to racing later that decade.

“It’s great to be involved with the inspiring Infiniti Support Our Paras Racing team, working alongside the injured ex-Paratroopers,” said Donnelly. “I’m looking forward to contributing to the team. I can relate to these guys with what they are trying to overcome with their disabilities, having suffered my own injuries back in 1990 at Jerez.”

Donnelly, who will become the 94th Formula 1 driver to compete in the BTCC, has British Formula 3 and Formula 3000 wins to his name, but is prepared to work hard for results.

“Clearly it’s going to be a very steep learning curve, but I’m up for the challenge,” he added. “My primary goal is to see the chequered flag at the end of Sunday’s three races, and I’m looking forward to racing in the BTCC this weekend”

Hawken has issued the following statement:
“I was shocked and surprised to learn from a fan on Facebook earlier that I am being replaced as a driver for the remainder of the 2015 BTCC season. Having been made aware of rumours earlier this week, they were vehemently denied by the team, yet here we are with a change of driver.

“To say I am disappointed and disillusioned by the unprofessional, dishonourable manner in which this has been handled, is an understatement. For those who know me, you’ll be aware of how much time and effort I dedicated to building this. The next one however will be bigger and better!

“I have been advised to make no further comments on the situation at this stage.”