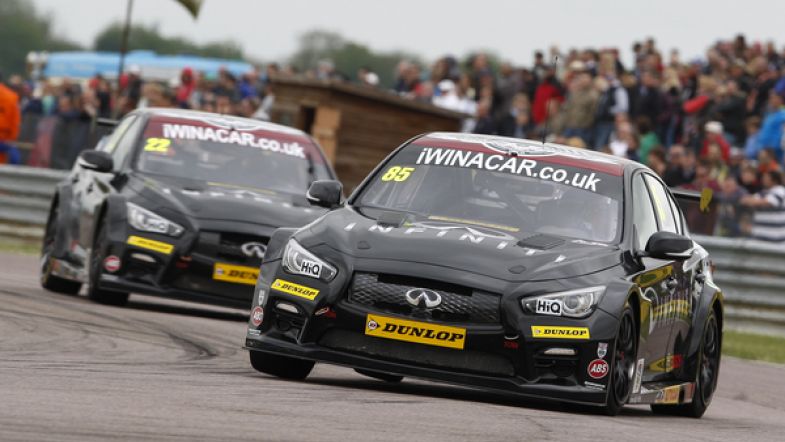 Infiniti has pulled its backing from the Support Our Paras Racing team just three meetings in to the 2015 BTCC season.

The agreement to end the partnership between the team and the manufacturer has come about due to differing expectations from both parties.

“Naturally we wish Infiniti well in the future,” said Support Our Paras team principal Derek Palmer Sr. “But the team is now in the strong position where it can refocus and concentrate on developing and growing the team in keeping with its core beliefs: that is delivering on-track, and raising funds for, and awareness of, Support Our Paras, the Parachute Regiment charity.”

The two Infiniti Q50s of Support Our Paras Racing will continue to compete in the championship, with the best result so far coming at Thruxton with Derek Palmer Jr scoring a 17th, just two positions away from the team’s midseason goal of scoring points.

As a result of Infiniti pulling its support, Martin Donnelly will no longer be driving the second Q50, leaving an empty seat and a lack of sponsorship for the BTCC debutants.

“We now have a seat available in the second car,” confirmed Palmer Sr. “This is available from Oulton Park through not only the rest of this season, but the whole of 2016. Also, as the Infiniti ‘sponsorship’ branding will now be removed from both cars, there is now additional space for new, committed sponsors.”

“Of course the relationship between the two parties is a matter purely between themselves,” commented BTCC Series Director Alan Gow. “However the BTCC should thank Infiniti for their considerable initial investment, which enabled the team to build and compete with the Q50 – and it’s pleasing to note that the team will continue with those cars. Perhaps we may also see Infiniti themselves return to the BTCC, some time in the not too distant future.”