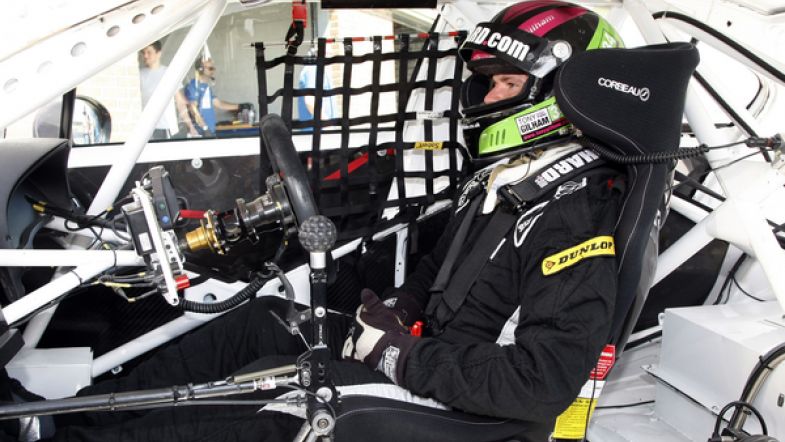 Tony Gilham will return to the BTCC grid this weekend, taking over from Kieran Gallagher in the Tony Gilham Racing Toyota Avensis.

A heavy crash at Rockingham left the Avensis heavily damaged and requiring additional investment to repair. Following an extensive rebuild of the car, it was decided that Team Principal Tony Gilham would get behind the wheel for the Silverstone meeting.

“It hasn’t necessarily happened in the way I wanted it to, but I’m delighted to be back,” said Gilham, who last drove the car at the Snetterton Dunlop Tyre Test over the summer. “The team has completed a huge workload to repair and rebuild the car over the last few weeks, which also required additional budget. It wasn’t part of the plan of course but that’s the way it goes sometimes and thanks to our loyal sponsors and supporters I am pleased to be able to grab this opportunity.

“I would have liked to have had more testing, but at least I had some time in the car at Snetterton. I have been keeping fit and sharp as I always hoped I would again get the chance to race in the BTCC, although I’m under no illusions as to how tough it will be. The car looks fantastic and it’s in tip-top condition, so I can’t wait to get out there this weekend.”

Former Welch Motorsport driver Andy Wilmot confirmed on his Facebook page that he had been in advanced talks to get behind the wheel of the Toyota, but a protest from another team halted his progress.