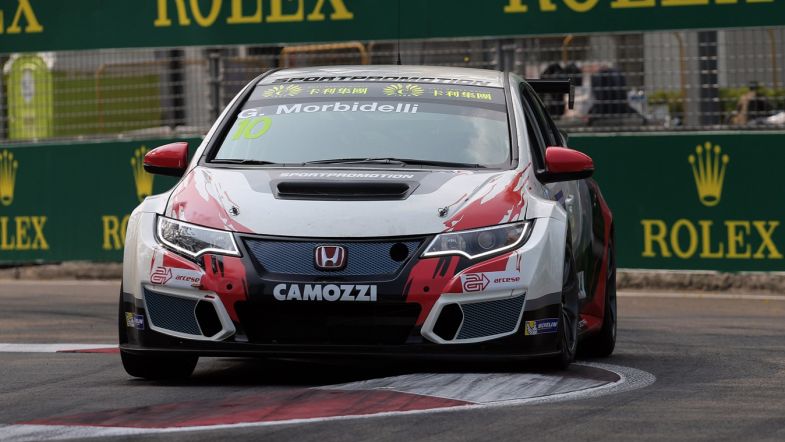 Gianni Morbidelli took pole position for WestCoast Racing at Buriram, Thailand. The Italian was able to set one lap, which was enough to start at the front and preserve the tyres. Pepe Oriola took an extra effort to take second, ahead of Kevin Gleason’s Honda Civic TCR.

The session saw a few surprises as Alain Menu managed a good fifteenth in his Subaru STi despite a lack of running in Free Practice 2. Tomas Engstroem did not manage to progress to Q2 as Munkong Sathienthirakul made history by progressing to Q2 in his Craft-Bamboo SEAT, which is entered in the TCR Asia Series.

Q2 saw Gianni Morbidelli do one lap to take pole position, with team-mate Kevin Gleason giving the illusion of a Honda 1-2 before Pepe Oriola jumped up to second in the closing stages of the session. Sergey Afanasyev came home a good fourth ahead of Craft-Bamboo Lukoil team-mate Jordi Gené, who was not able to repeat the lap times he had set earlier today.