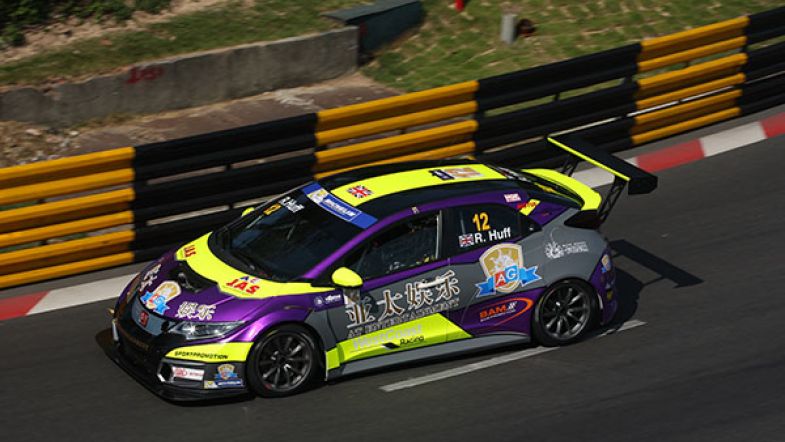 Rob Huff was fastest in today’s Free Practice session in Macau. The Brit, who made his debut on a Honda Civic TCR, was almost two seconds quicker than Craft-Bamboo Lukoil’s Jordi Gené, with Pepe Oriola in third a further second behind.

Despite this being the debut session at the Circuito da Guia, championship contender Stefano Comini came fourth in his Target Competition SEAT, comfortably ahead of Henry Ho’s Honda Civic.

Rodolfo Avila was sixth ahead of the third Craft-Bamboo Lukoil SEAT driven by Sergey Afanasyev. Kevin Gleason also made a strong debut at Macau by placing his WestCoast Racing Honda in eighth, with Jordi Oriola finishing ninth after being in the top three for most of the session. Fellow Target Competition driver Andrea Belicchi completed the top ten, almost six seconds off the pace.

A number of incidents occured, including Campos Racing’s Josh Files crashing at Mandarin and ripping off his right-rear suspension. Lorenzo Veglia stopped his Volkswagen Golf in the tyre wall and Raphaël Galiana crashed out at the last corner in the Target SEAT.

Alain Menu stopped on the main straight with an engine issue in the Top Run Subaru, while Gianni Morbidelli also stayed in the garage with power steering problems on his Honda Civic.