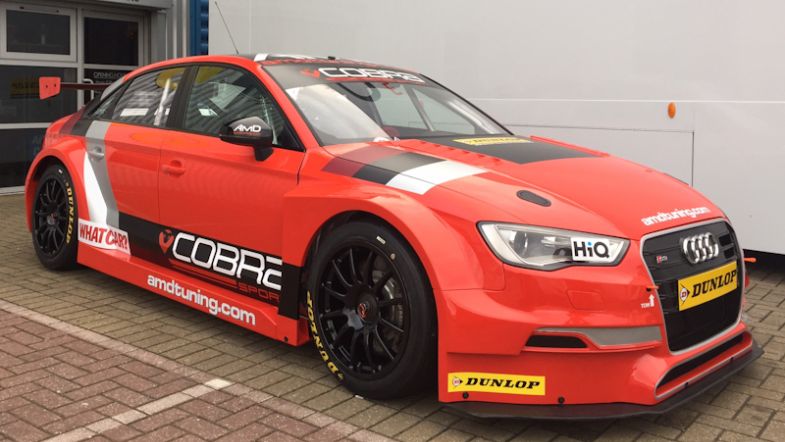 AmD Tuning have revealed their livery for the 2016 British Touring Car Championship season at the Autosport International Show at the Birmingham NEC, which features AmD’s house red colour combined with Audi’s famous racing stripes from the ’80s IMSA Audi 90 GTO.

The West Thurrock-based team are embarking on their seventh season in the BTCC, and it will also be their first full year with the Audi S3, which was run in just five races last year with Nicolas Hamilton and Jake Hill on driving duties.

The team have slimmed down to a one car line-up for 2016, after selling their Ford Focus ST and second TOCA BTCC Licence (TBL) to Maximum Motorsport, which will run team owner/driver Stewart Lines this season.

“We’re pleased to take the covers off the new look Audi and think the end result will stand out on track during the season ahead,” said team principal Shaun Hollamby. “We were keen to go back to our traditional colours this year and we saw the ideal opportunity to incorporate elements of the IMSA Audi livery to celebrate our first full season with the S3.

“Audi has a huge amount of history and heritage in motorsport and whilst we are an independent team, we are proud to celebrate part of that heritage in the livery we have chosen. The famous Audi stripes go well with our own red and black, and also with the colours of Cobra Exhausts who we are delighted to have on board again this season.”

The team is yet to sign a driver for 2016, with the team confirming talks are ongoing to determine who will drive the team’s Audi saloon model, which with the switch for Rob Austin Racing to the newly announced B-TEC Development Series, will be the only Audi on the BTCC grid this year. 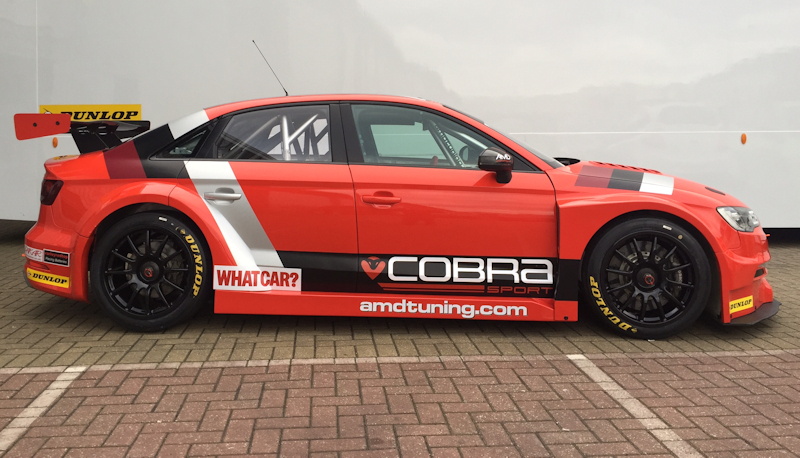 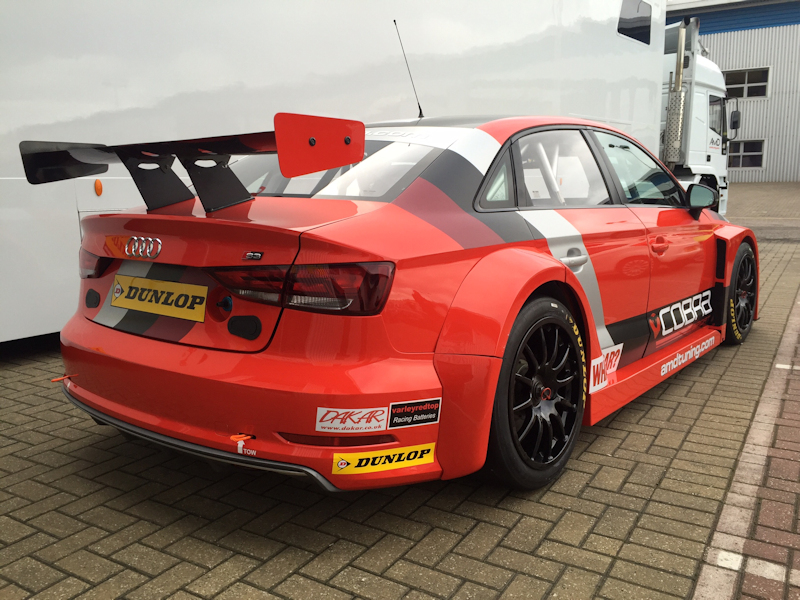