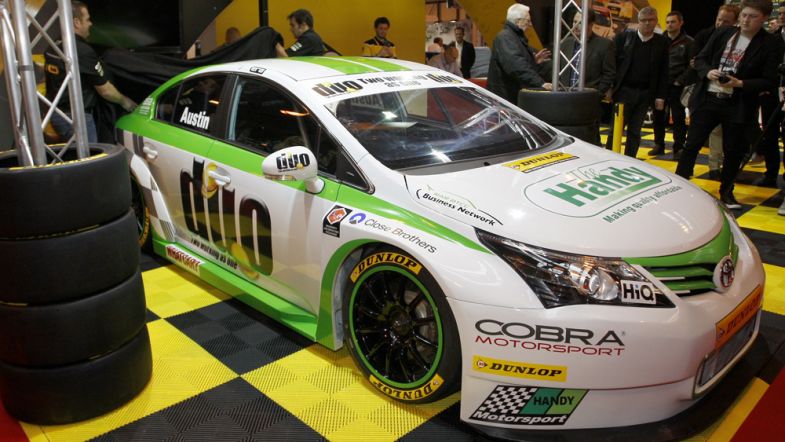 Handy Motorsport have put plans to expand to a two-car operation “on the back burner” for 2016 and will concentrate on running one Toyota Avensis for new driver Rob Austin, the team have announced.

The Swindon-based outfit had secured an additional TOCA BTCC Licence [TBL] for 2016 and were in talks with drivers to fill the second seat, with team principal Simon Belcher already having confirmed he was to step back from driving.

But the team have now confirmed they aren’t in a position to put a deal together before the first round of the season at Brands Hatch.

“After a lot of thought, and many discussions, we have decided to run just one car in the BTCC again this year to concentrate all of our efforts on Rob [Austin] and on pushing for podiums and, hopefully, race wins”, said Belcher.

“We need to focus on our ‘A game’ to become front-runners, that’s the reason we signed Rob. It would have been great to get a second car on the grid, but we still have a lot going on behind the scenes which will hopefully mean we’ll expand as planned in 2017 after proving ourselves as front-runners this season.

“Having two cars this year and just making up the numbers isn’t for us. We are here to try and win so one car makes sense, especially as we share data with the Speedworks [Motorsport] car Tom Ingram will be driving. Two cars aren’t a necessity unless the numbers add up.”

Initial testing of Austin’s brand new Toyota Avensis will take place in Portimao, Portugal, next week as part of a three-day outing which starts on Friday, February 26. On their return to the UK, the team will then undertake an “extensive” test programme throughout March.