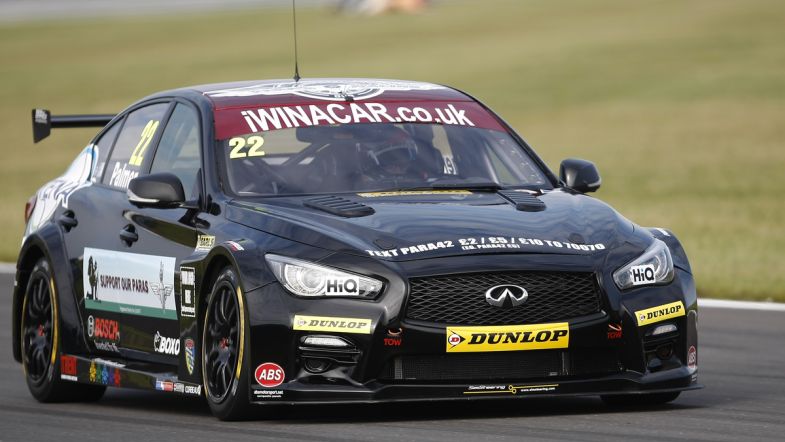 Support Our Paras Racing announce withdrawal from the BTCC

The Support Our Paras Racing team, which launched its BTCC campaign at the start of the 2015 as Infiniti’s factory programme before the Japanese manufacturer pulled the plug after three races, has announced its withdrawal from the championship.

The team carried on with its pair of Infiniti Q50s, until their second TOCA BTCC Licence was withdrawn after they were unable to find a driver with budget to maintain running the second car, leaving Derek Palmer Jnr as the only driver for the full season.

The team were awarded one TBL to continue racing this season, but the team have now confirmed they will be focussing their efforts elsewhere for 2016.

“Naturally it’s a huge disappointment to the team, and the injured guys from the Parachute Regiment who prepared the race car,” said team principal Derek Palmer Snr.

“We appreciate these are tough times financially for companies across the country, but that doesn’t make our disappointment any less.

“Naturally I would like to thank our principal sponsor of last year, TENA Men, for all their support.

“We will now focus on returning to motorsport in a different series.”