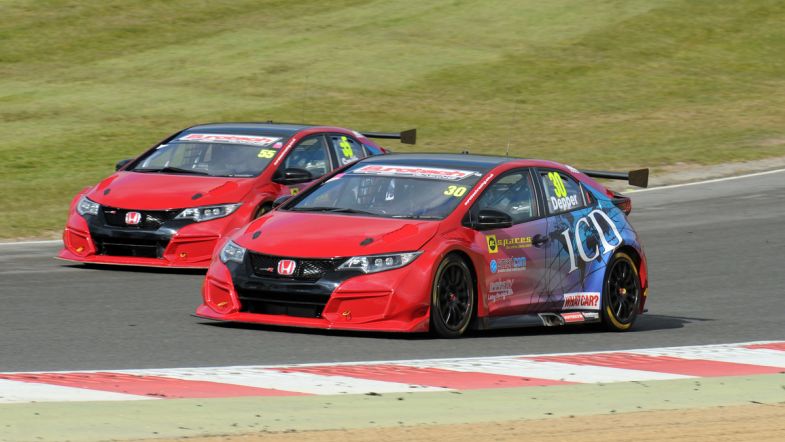 Eurotech Racing have confirmed they will field just two cars in this year’s British Touring Car Championship, returning their third planned TOCA BTCC Licence (TBL) to the championship organisers, which has already been reassigned.

“We have been in lengthy negotiations with several very capable young drivers since purchasing our third licence at the end of last year and despite coming close to securing a deal (one that even last week looked like it could still go ahead) the driver was not able to finalise sponsor funding within the time frame required to complete our TOCA entry,” the team said in a statement. “As a result Eurotech have been forced to make the decision not to run a third car. This is naturally a huge disappointment to us as we have put so much time, effort and money into it. The driver we were close to doing a deal with was a very exciting prospect for BTCC and would no doubt have been at the sharp end of the grid.

“We have come to an agreement on our third licence with another team enabling them to run an additional car and driver for this year and keeping our options open to run three cars in 2017.”

The team’s driver line-up is therefore unchanged from last year, with team principal/driver Jeff Smith back for a third year with the team, and Martin Depper embarking on his third consecutive season with the team, and his fourth in the championship.

“We haven’t made any public comments regarding the third driver speculation as we have been keeping our heads down and working hard, confident that it would all come together,” said Smith. “I would like to say a heartfelt personal thank you to the team for their hard work, late nights and diligence with all the Type R and RML updates. The result of this focus is that we are in a very good place for the start of the season, albeit with two cars rather than the planned three. It’s extremely disappointing having put everything in place including buying a licence, building a third car, restructuring the team and additional premises for it then not go ahead so close to the start of the season.”