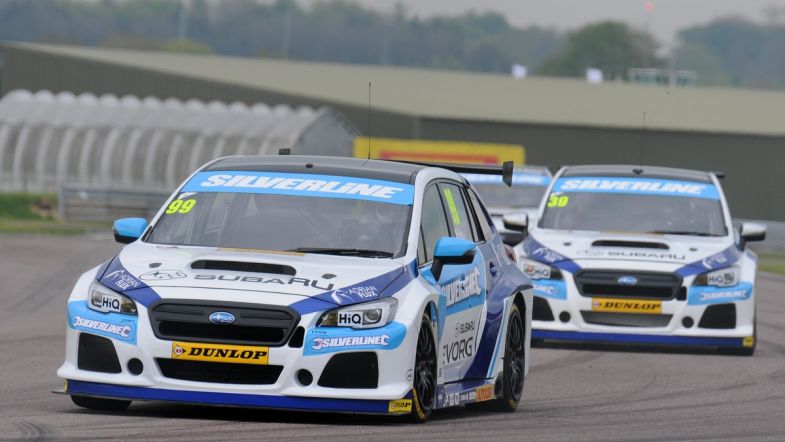 The four Subaru Levorgs will not take part in race day at Thruxton after being withdrawn from the latest rounds of the BTCC season on safety grounds.

The decision to pull Colin Turkington, Jason Plato, Warren Scott and James Cole from race day was taken after the team discovered further issues with the component that had caused Cole’s dramatic retirement at Donington Park.

Despite the best efforts of the team to resolve the issue, the decision was taken to withdraw the cars in order to ensure a proper fix as the ‘risk to the drivers, other competitors and circuit officials is not acceptable’.

The team will now work to find a fix to the issue ahead of round four at Oulton Park next month.

“It is with great disappointment that Silverline Subaru BMR Racing are withdrawing from rounds 7, 8 and 9 today at Thruxton on safety grounds,” a team statement said. “Following an incident with James Cole at Donington where there was a failure of the high pressure fuel rail there was a re-designed and re-manufactured component fitted to all cars for the Thruxton event. Following a review of the new design post qualifying, the new part has shown signs of fatigue that could lead to a similar failure.

“We have investigated all avenues available to us overnight and this morning, however the engineering team have taken the decision to withdraw the cars as none of the solutions available are able to be durability tested prior to competing on circuit.

“We are obviously disappointed with the outcome, however in this situation the risk to the drivers, other competitors and circuit officials is not acceptable, so the correct decision is to retire the cars for the remainder of the event.”