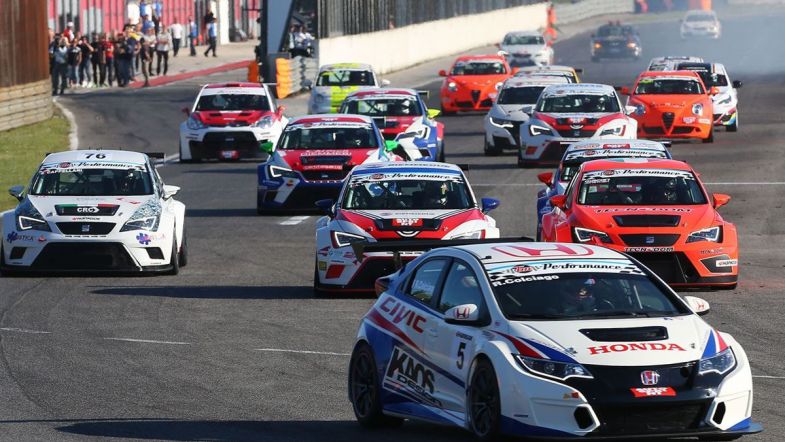 Roberto Colciago was fastest in every session during the opening event of the Campionato Italiano Turismo, which is now uses cars based on the TCR concept and also features the all-Italian TCS sub-class, with cars strictly derived from their road-going counterparts.

After setting the fastest lap in both free practice sessions at Adria, Colciago took pole position for both races in his AGS-run Honda Civic TCR and never left the lead during the two races, despite a strong challenge from BRC Racing’s Alberto Viberti, especially in Race 1, who came close to challenging the former World Touring Car Championship driver.

Viberti also finished second in the following heat at the wheel of a SEAT León equipped with the new sequential gearbox provided by the Spanish manufacturer, with the remaining podium place conquered by Tecnodom’s Jonathan Giacon in Race 1 and BRC driver Marco Costamagna in the second race, both driving a SEAT León Cup Racer.

JAS completed the dominant performance with young Swede Hugo Nerman also taking a clean sweep in the TCS class at the wheel of a Honda Civic TCS.

The next CIT event will take place at Misano on June 12th, with Colciago leading the championship by 14 points ahead of Viberti.