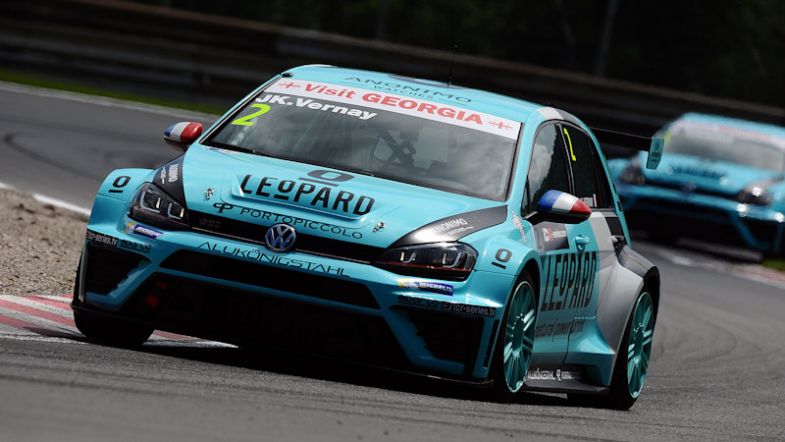 WestCoast Racing Honda drivers Harald Proczyk and Gianni Morbidelli have been handed two-place grid penalties following qualifying at the Salzburgring, after the two drivers were deemed to have breached regulations during the red flag stoppage, which hands Leopard Racing’s Jean-Karl Vernay pole for Race 1.

During the red flag period in Q1, following Engstler Volkswagen driver Davit Kajaia’s spin at Turn 1, the two Honda drivers headed out of the pits into the fast lane before the green flag was waved when the session was due to resume, in breach of Article 118 of the TCR Sporting Regulations.

As a result, although Proczyk will still be credited with pole position and the five points that come with it, he will be demoted to third for the first race, and with Morbidelli dropped to sixth, promoting Jean-Karl Vernay to pole position in the Leopard Racing Volkswagen Golf GTI TCR.

“We thought we were going to fight for P10, and we would be lucky to get into Q2,” said a surprised Vernay after qualifying. “I was able to do a good lap time in Q1 before the rain came, and then I did the same in Q2, then the weather was getting worse and worse.

“We were hoping for rain, and that’s what we got. I hope tomorrow it’s going to rain as in the dry it will be really difficult for us. This weekend it’s really tough as we have a lack of top speed.”