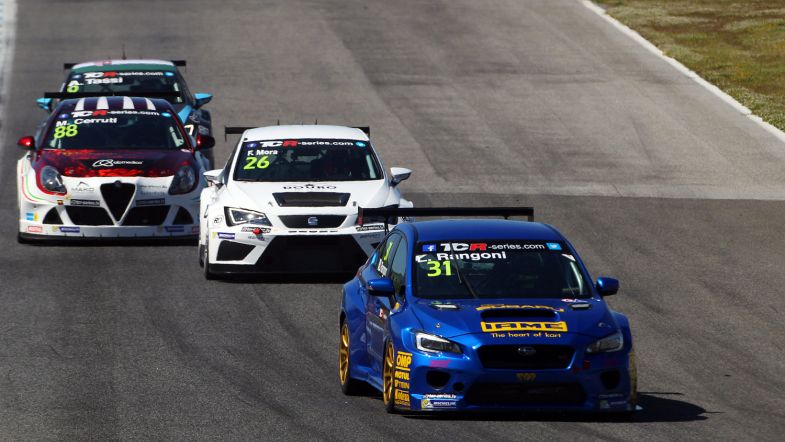 Top Run will miss the German round of the TCR International Series in Oschersleben as they continue to work on the WRX STI TCR.

After a trip to Japan, Top Run received renewed support from Subaru, which meant the engine was fitted with parts engineered by the manufacturer. After Estoril, the team withdrew in an effort to focus on the development of the car away from the race meetings.

Luca Rangoni has taken on driving duties for the team during testing.

“We are making progress, but we haven’t solved the problems yet,” said the Italian to TouringCarTimes. “We still have work to do, because although we have made steps forward the car hasn’t hit the sweet spot yet.”

While acknowledging the car has a lot of potential, the former WTCC driver admits the problems with the front of the car are still there.

“We have focussed on sorting the issues we had with the rear, which worked quite well, but we still have a big problem with the front. If we do not solve that, we will never be able to unleash the full potential of the car, which I believe is capable of doing well in the TCR International Series.”

TouringCarTimes understands the team will skip the German round of the championship this weekend in Oschersleben, aiming for a return at Sochi or Singapore.