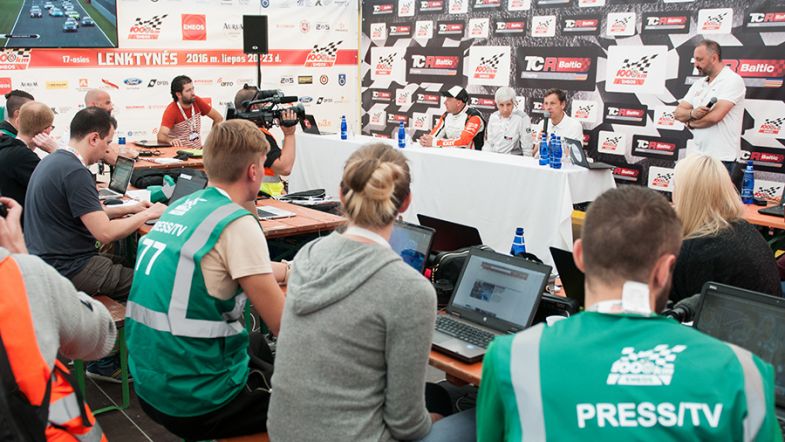 There will be a TCR Baltic Trophy in the 2017 Eneos 1000 km race at Palanga in Lithuania. The announcement was made at a press conference at the circuit ahead of this year’s race.

”There are a lot of teams and drivers between Lithuania, Latvia and Estonia that are looking with interest to TCR as a category that delivers high level competition at affordable costs,” said Darius Jonušis, CEO of the Promo Events that hosts the 1000 km race.

The plan of the organisers is to establish a proper TCR championship beyond 2017, including the baltic countries and Poland.

”We think this is the right moment to start introducing TCR in the region, beginning with the creation of a dedicated category in the Eneos 1000 km from next year. This is meant to be the first step towards the establishment of a proper TCR Baltic Championship that might also extend as far as Poland,” said Jonušis.