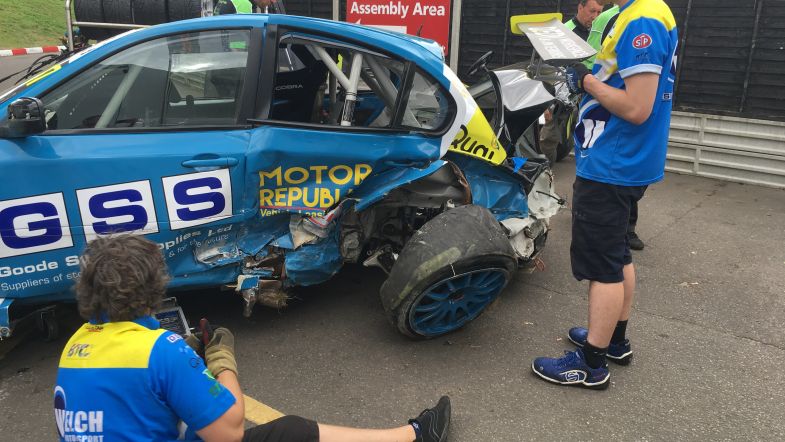 Opinions have differed on the cause of the multi-car accident that forced the second BTCC race of the weekend at Snetterton to be red-flagged.

Ollie Jackson, Dan Welch, Hunter Abbott and Ashley Sutton all forced to retire on the spot following the accident, which also saw Alex Martin, Stewart Lines and Mark Howard involved in the aftermath; Martin being the fifth car to retire with the damage he picked up.

The incident was triggered by Jackson and Welch going side-by-side through Williams onto the Bentley Straight before contact on the exit that saw Jackson spin across the circuit and Welch find himself broadside in the centre of the track.

As he headed towards the barriers on the inside of the circuit, Jackson was then collected by Abbott’s Chevrolet, whilst a stationary Welch was hit by the unsighted MG of Sutton – causing substantial damage to the Proton.

As cars took avoiding action behind, Lines would take to the grass and appeared to clip Sutton’s spinning MG, with Martin and Howard also seeming to make contact as they were forced to back off.

Perhaps unsurprisingly, views differed on the cause.

“I was on the outside and Dan was just forcing me wide onto the grass,” Jackson said. “He could have given me room but we made contact side-by-side and then the next thing I knew, I got a hit in the rear and spun across in front of Abbott and into the barriers. It could have been avoided.”

“I made the move on Ollie onto the back straight and he ran wide, and then he came back on and hit my car,” Welch countered. “I think the suspension broke as the car suddenly turned left and I had no control over it. I was just sat in the middle of the circuit and it was a big hit from Sutton; there was nothing he could do. The whole thing was completely unnecessary and my car is destroyed.”

Whilst Sutton insisted he saw nothing through the dust kicked up in front before suddenly coming across the stationary Proton in front of him, Abbott admitted it was hard to apportion blame from his perspective.

“Dan and Ollie were side-by-side and Dan was squeezing Ollie out onto the grass and Ollie didn’t want to give up the position,” he said. “When they made contact I had to make a decision over which way to go and went to the right, but then Ollie came spinning back across me and there was just nowhere for me to go.”

Work is ongoing at AmDTuning.com, Power Maxed Racing and Triple Eight to repair damaged cars, with stewards set to look into the incident before deciding if further action needs to be taken. 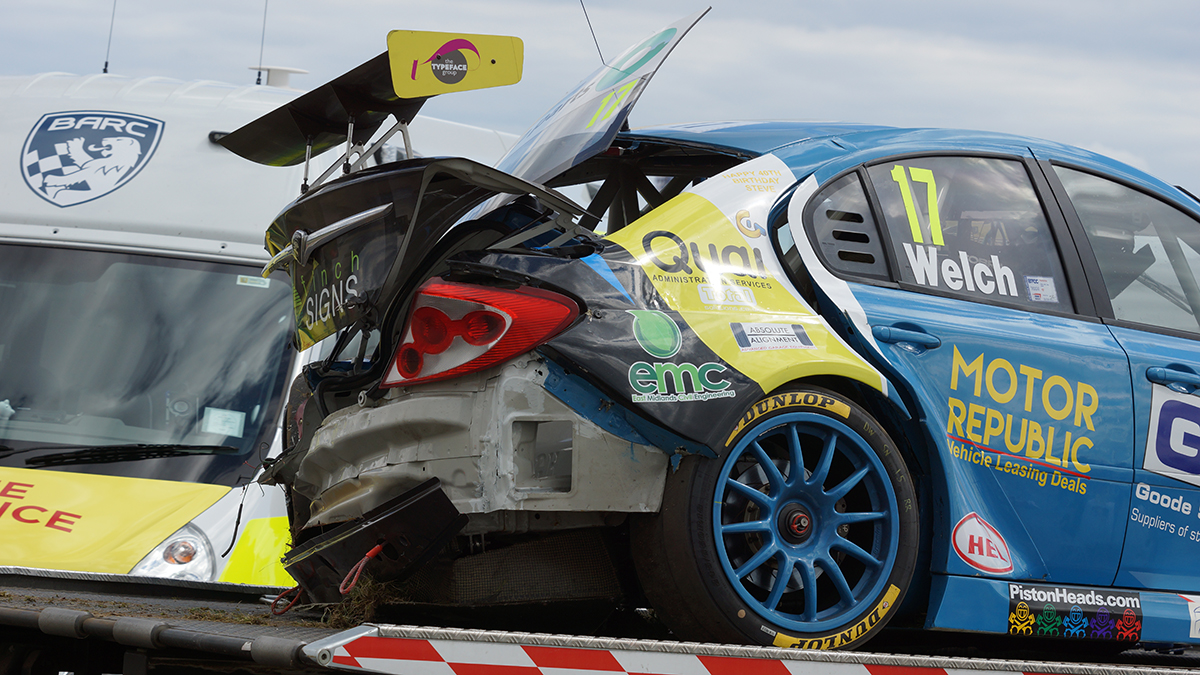 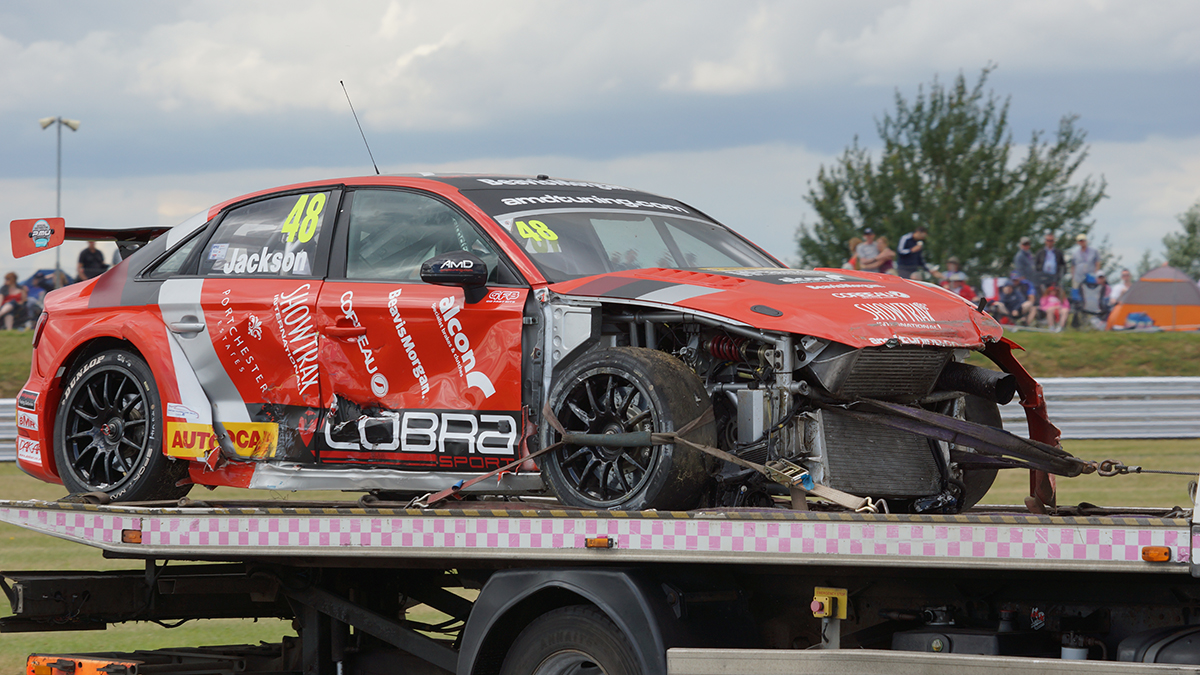 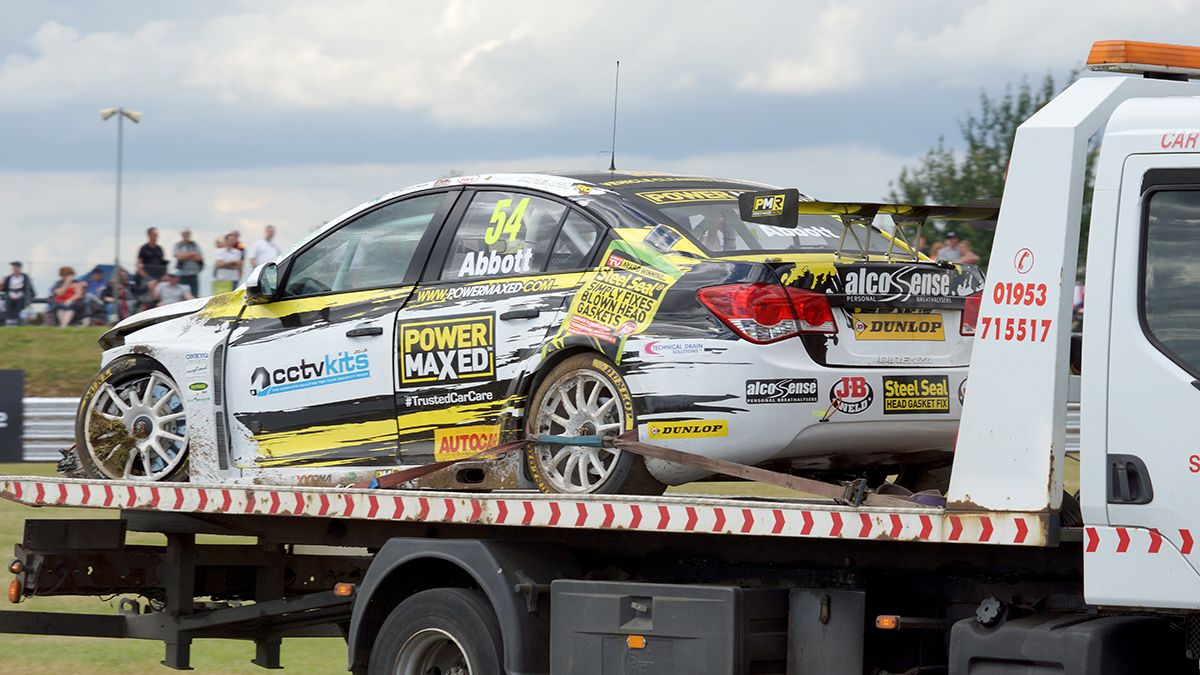