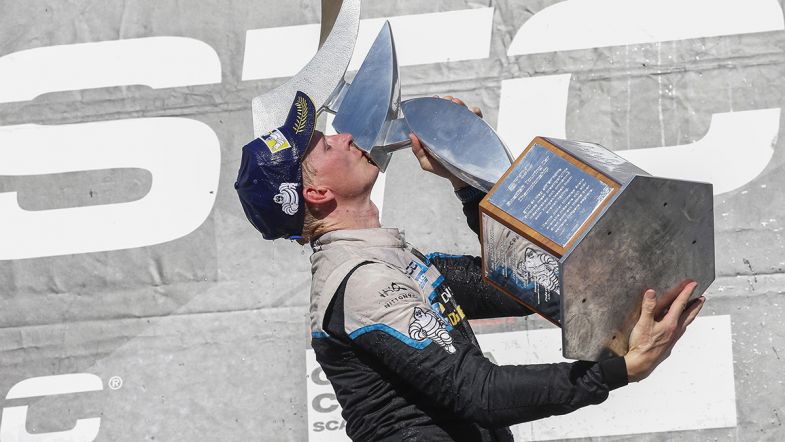 Richard Göransson wrote history in the Scandinavian Touring Car Championship season finale yesterday to become the first ever driver to claim five titles after a close title fight with Polestar Cyan Racing team-mate Robert Dahlgren. The five-time STCC champion is eying a FIA World Touring Car Championship drive as Volvo withdraws from the STCC following the switch to TCR in 2017.

“WTCC would of course be awesome. There are discussions for next year, but nothing concrete. It’s the silly season,” said Göransson to na.se.

”That was the worst race I’ve driven for a long while. Robert pushed really hard from the beginning so I was afraid on what was going to happen with my car,” said Göransson.

But Dahlgren finished second and Göransson fourth, enough to secure the title by seven points for the now five-time STCC champion.

”I finally nailed it! Five titles just feels insane. This has been an amazing year, I got the trust of the Polestar Cyan Racing and Volvo family and I delivered. I’m almost lost for words, this has been such a hard fight and now I just want to celebrate it. I feel for Robert as well, he has been a great team-mate and competitor this year,” said Richard Göransson.

Göransson claimed his first title in 2004 and followed it up the year after with his second for BMW team WestCoast Racing. He had to wait until 2008 for his third, this time for BMW rival team Flash Engineering, with a return to WestCoast Racing in 2010 bringing his fourth title.