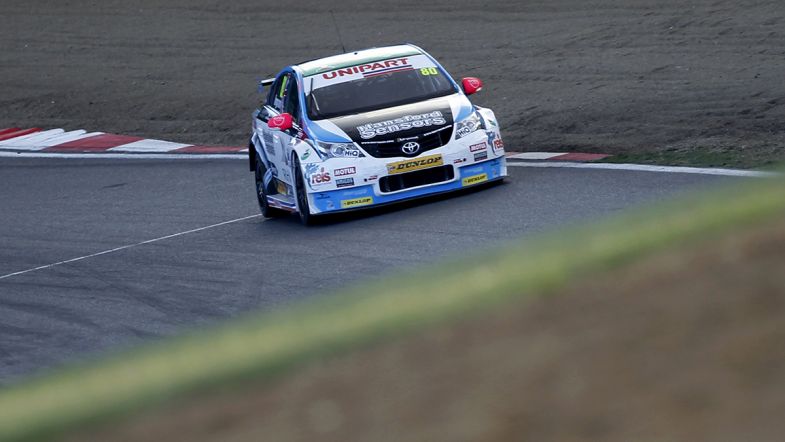 Tom Ingram to stay with Speedworks Motorsport in 2017

Tom Ingram says he will be staying with Speedworks Motorsport for the 2017 British Touring Car Championship season, following a breakthrough year which featured two wins and four further podium finishes.

The 23-year-old started the season in spectacular fashion with a maiden pole and a commanding victory on the Brands Hatch Indy circuit, and continued this strong form throughout the season. A second win followed when the Triple Eight Racing MGs were excluded at Silverstone, with a trio of strong performance capping off a fine season on the Brands Hatch GP track.

Ingram had qualified his Toyota Avensis in second position on Saturday, securing the best average qualifier crown in the process. But a subsequent ride height failure condemned him to the back of the grid, from where he carved through the field to 14th in race one.

Ingram, who followed this result up with a ninth and sixth in the final two races, said all his goals for the 2016 season had been achieved and he was looking forward to returning with Speedworks next year.

“It’s the best year’s racing we’ve had. We’ve achieved everything we wanted to achieve at the start of the year by getting a win, getting a pole and getting podiums,” said Ingram to TouringCarTimes.

“We’ve filled every place on the podium, we’ve been the highest average qualifier throughout the year and I think we have done a sterling job.

“We’ve got loads of work to do on the car over the winter, loads of plans. We’ll come back next year with an even better package.”

Dick added: ““If we look back at our targets for 2016, we have achieved them all and then some – in fact, we ticked the two biggest ones off the list in the opening race of the season, with our first pole position and victory. Since then, we have kept on exceeding our own expectations, which makes me immensely proud and excited for what we can do next year.

“There have been plenty of ‘what ifs’ along the way, but by the same token, an awful lot of highlights and reasons for encouragement going forward. We already have a very potent package, and there are areas in which we can improve both the car and the team – plus, of course, we now have the added confidence of knowing we can run up at the sharp end and challenge for race wins at every circuit on the calendar. I can’t wait to get stuck into 2017!”