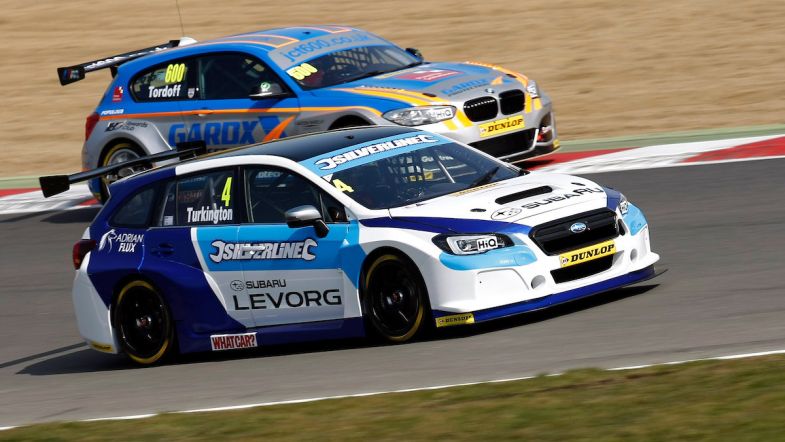 Colin Turkington will not race for Subaru Team BMR in the 2017 British Touring Car Championship after confirmation that the two-time champion and the team have mutually agreed an end to their partnership.

Turkington joined the team in 2015 on the back of winning his second title, finishing fourth in the standings in his first year at the wheel of Volkswagen CC and securing the Independents’ crown for a fifth time.

Following the switch to the all-new Subaru Levorg last year, Turkington secured the first pole for the car at Oulton Park as well as the first win, and would go on to take five victories in total to stay in contention for the championship title right through to the final race of the year.

Having announced his departure from BMR, talk will immediately turn to where the 34-year-old will now race next season amid speculation of a potential return to West Surrey Racing; the team that carried him to both of his BTCC titles.

TouringCarTimes understands however that – despite the rumour mill going into overdrive – no deal is in place between driver and team, with Andrew Jordan remaining the only driver currently signed by WSR for the 2017 campaign.

Eurotech’s second Honda Civic Type-R and the third Volkswagen at Team HARD. are amongst other options if Turkington is to remain on the BTCC grid this year.

“I have thoroughly enjoyed my time at Team BMR and will savour the success we shared together over the past two seasons,” he said. “However, the time has come to part company and apply the focus to each of our own individual goals and needs.

“I sincerely value the journey we have shared together, securing the teams’ championship in 2015, winning my fifth indie title and of course the thrilling year we have just had with the Subaru Levorg. I have been fortunate to work with some of the best in the business at BMR and it has been a valuable experience and certainly helped me grow and improve.

“The BTCC is surely one of the toughest championships in the world to win, and to finish last season with a realistic shot at winning the title in a new car was a tremendous achievement. I wish Team BMR every success going forward and I hope they are just as proud of our two seasons together as I am.”

BMR team boss Warren Scott was quick to pay tribute to the role Turkington has played in the development of the team in recent years, and wished him all the best for the future.

“Colin has been an absolute pleasure to work with over the past two seasons and has brought a tremendous amount of knowledge to the team which has aided BMR in its growth and development as a front running BTCC team,” he said.

“I wish Colin good luck for the forthcoming season and would like to thank him for all his efforts and great achievements that he has brought to BMR.”

The Subaru squad is set to announce Turkington’s replacement – and the remainder of its driver line-up – in the coming weeks.